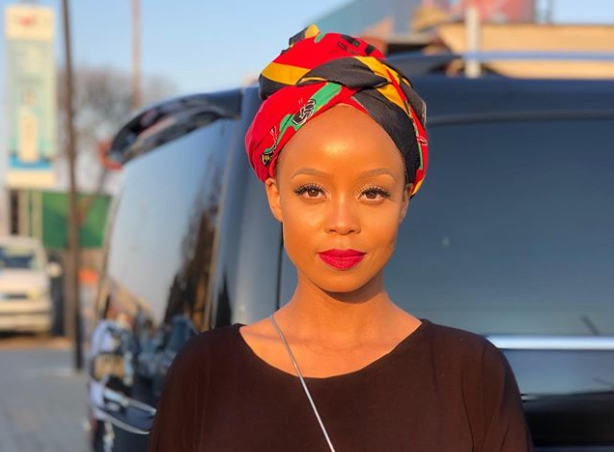 Just months after building her mom a house, Ntando Duma has revealed that she's finally completed her own home.

Taking to Twitter, the TV personality shared the proud moment with fans.

"I’ve been building my house since Feb last year and I’m so glad it is finally done. There’s no-one who’s as ecstatic as Sbahle right now. Kunini yalinda ingane yam bakith," she said.

Ntando shared a single snap of her fancy home on Instagram Stories. 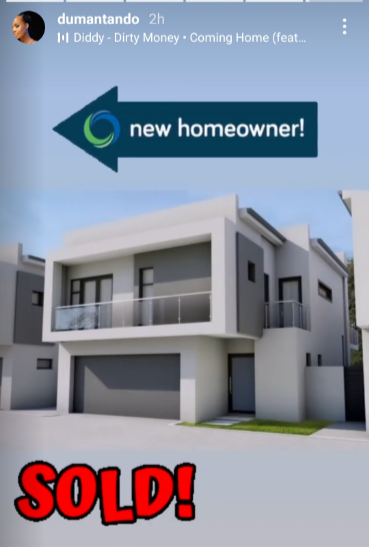 A few months ago, Ntando experienced a random act of kindness from a fan who thought she's a super parent.

Taking to Twitter at the time, the actress explained that it all went down at Moja Café in Soweto when a stranger came up to her with R1,000 as a token of appreciation for her killer parenting skills.

“A guy gave me 1K at Moja Cafe today as a token of appreciation for being a great mother to my daughter, she said. He said watching me effortlessly doing it helped him a lot with raising his own kids. He said A LOT and my heart is so, so warm,” Ntando tweeted.

The Queen star added that the moment left her emotional and she was inspired by the fan's reassurance of her parenting skills.

“If you see this tweet just know that you’ve given me even more courage and strength to continue doing this ngokuy’khandla nango Thando. I actually have no words Kodwa izandla zidlula ikhanda Ngiyabonga,” she wrote.

"My lowest low in the industry was being signed and then sidelined by the label," says Gigi Lamayne.
TshisaLIVE
7 months ago

"Even when a child dies, it doesn’t matter," said Lesego.
TshisaLIVE
7 months ago

Moja will be bringing fresh, women-centric content to their newest channel.
TshisaLIVE
7 months ago

The 'Bashiri' hitmaker has left the TL hot and bothered.
TshisaLIVE
7 months ago