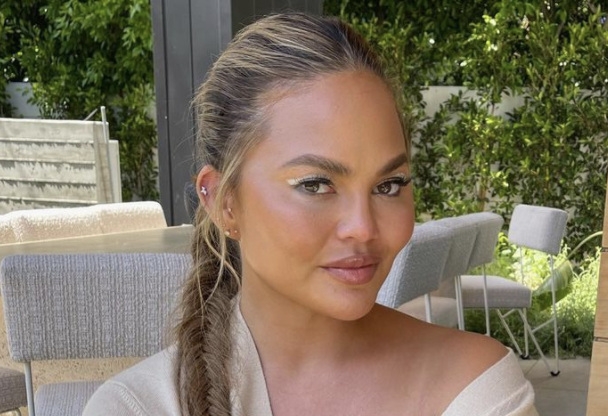 The model has apologised for her past actions online.
Image: Instagram/Chrissy Teigen

US model and TV personality Chrissy Teigen has come forward with an apology for 'trolling' people online, saying that she is sorry for her “past, horrible tweets”.

In a lengthy letter posted to Instagram, Chrissy addressed her followers saying that she has been confronted with things that have shaken her to her core about her past actions online supposedly trolling internet users. The star said that her behaviour has affected her physically.

“I'll honestly get sharp, stabbing pains in my body, remembering my a**hole past and I deserved it. Words have consequences and there are real people behind the Twitter handles I went after,” she wrote.

“I was a troll, full stop. And I am so sorry,” said Chrissy.

The mommy of two opened up about her journey to becoming more empathetic towards others. However, she said that she has “the crushing weight of regret” for the things she's said in the past. Going forward, the star hopes for fans to allow her to redeem herself after the trolling.

“I won't ask for your forgiveness, only your patience and tolerance. I ask that you allow me, as I promise to allow you, to own past mistakes, be given the opportunity to seek self-improvement and change. Phew, a lot. I know,” said Chrissy.

Read her full letter below:

Earlier this year, the star was accused of bullying media personality and model Courtney Stodden. In a series of tweets from 2011, Chrissy said that she “hates” Courtney and described her as an “idiot”.

Since then, according to TMZ Chrissy has apologised for the tweets. Speaking on the apology, the star said she was grateful to be held accountable for her past actions.

“Not a lot of people are lucky enough to be held accountable for all their past bulls**t in front of the entire world. I’m mortified and sad at who I used to be. I was an insecure, attention seeking troll. I am ashamed and completely embarrassed at my behaviour.”

Shaleen Surtie-Richards was honoured with a category 2 special provincial funeral on Sunday.
TshisaLIVE
5 months ago

Boity hits back at body shaming over her weight

Boity has told peeps to leave her alone!
TshisaLIVE
5 months ago

The duchess and Teigen both suffered tragic miscarriages late last year and shared the painful ordeal publicly.
Lifestyle
7 months ago