“Sometimes being the first to do something doesn’t mean you the best, you are just the first,” said Prince Kaybee 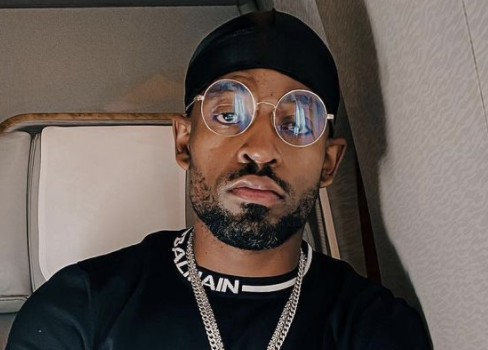 Prince Kaybee doesn't believe there should be a prize for those who make moves first.
Image: Instagram/Prince Kaybee

DJ Prince Kaybee has called out those who believe they are special because they have achieved something first, saying it doesn't make you top of the game.

Taking to Twitter to throw some typical Prince Kaybee shade, the Hosh hitmaker called out those who are the first to accomplish a milestone or unattained goal.

Though it may be a commendable feat, the star came with a stinging reminder that being first at the dinner table does not make you the best on the horizon.

“Sometimes being the first to do something doesn’t mean you the best, you are just the first,” said Kaybee.

Sometimes being the first to do something doesn’t mean you the best, you are just the first.

Though the star had his supporters in the reply section cheering on his thoughts, many felt that Prince Kaybee was downplaying the importance of pioneers in their fields and the impact that has on others.

Check out the responses below:

But still u the best cz u were the first one to think outside the box entkeki whats ur point mapipana? pic.twitter.com/rfwx58CIRp

Do you even know wats intellectual property?

But certainly deserve the credit, obviously the second person to do it will master it. Kodwa all credit to the first one to do it pic.twitter.com/FiqX7OLVLn

The 1st open doors so others can walk in easier

Prince Kaybee has more than just called out some of Mzansi biggest names in entertainment and is willing to put his money where his mouth is when it comes to defending himself.

Recently, Prince Kaybee challenged 'Mufasa' Cassper Nyovest to a bout in his series of #CelebrityBoxing matches.

This left the nation on the edge of their seats, keen for a showdown from Mzansi royalty.

In our last update on the match, Cassper said that he was still waiting on his opponent to iron out the details of their forthcoming match, pushing him for a time and date. Taking to the TL, Cassper said he was sick of all talk and no action.

“I'm tired of talking! These guys wanna talk and tweet but when it's time to commit to anything hehehe seb**o se botlhoko. Mxm. Where the energy he had yesterday? Let's get a date, then get the business in order and then we can see what's what. They love excuses,” said Cassper.

#CongratulationsMasterKG trended, with Mzansi cheering on his global stardom.
TshisaLIVE
4 months ago

Prince Kaybee issued a statement, admitting to cheating allegations levelled against him.
TshisaLIVE
5 months ago

Cassper Nyovest gets injured while sparring

"Now and then, you'll get a harsh reminder," said Cassper.
TshisaLIVE
4 months ago