‘That’s why when LGBTQI+ folk are murdered it’s silence from the ‘allies’. They like the part of Pride that includes parties and parades but not the part where it actually started as an uprising against law enforcement-enforced homophobia’ 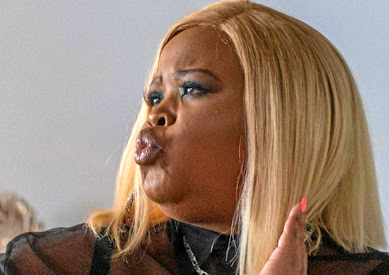 Satirist Lesego “Coconut Kelz” Tlhabi has sparked an interesting debate on her TL after she chose to address the type of homophobia that usually presents itself in comments from “pro-gay” people but in fact dehumanises members of the LGBTQI+ community.

While the world continues to celebrate Pride month, Lesego felt it appropriate to start a TL discussion around comments she says are usually made by people who “mean well” but still contain prejudice, even when it is subtle.

“I need to find the words to discuss the type of homophobia that homogenises gay people and though it doesn’t come from a bad place, often stereotypes and dehumanises. The thing of ‘I love the gays’ or ‘I want a gay bestie’. It’s well-meaning but if white people said ‘I love the blacks...’,” she tweeted.

The satirist said more people needed to be aware of the power of their words and how they affect t members of the LGBTQI+ community in their space.

“It’s in the same family as automatically using ‘queer lingo’ the moment you find out someone is gay. I have done a Kelz video around the type. The same people who go to ‘chomi’ when they are within. It’s not coming necessarily from a bad place but the result is the same.

“Now queer folk have to perform for you and entertain you. Most of these ‘friendships’ are based on gay people having to be that kind of gay character you find entertaining. Don’t come talk about the murders or violence. Let’s just kiki, make me laugh and be on all the time,” Lesego explained.

I need to find the words to discuss the type of homophobia that homogenizes gay people & although doesn’t come from a bad place, often stereotypes & dehumanizes. The thing of “I love the gays!” Or “I want a gay bestie!” It’s well-meaning but if yt ppl said “I love the blacks!”… pic.twitter.com/KGlOSbVzfv

Now queer folk have to perform for you and entertain you. Most of these “friendships” are based on gay people having to be THAT kind of gay character that you find entertaining. Don’t come talk about the murders or violence. Let’s just kiki, make me laugh & be ON all the time.

As a satirist and media personality, Lesego has made a name for herself by sparking conversations around important issues in society.

Lesego has also used her personal experiences to highlight issues such as “fatphobia”.

This after she was allegedly fat-shamed and made to feel “like less than nothing” by high-end fashion designer Quiteria Kekana.

The Trending SA host took to Twitter to detail the alleged incident, which took place when she went to Quiteria for a fitting.

“So today I went to a famous designer who was told my sizes way beforehand because it’s for TV. Does he not then declare very loudly in the store after a failed try-on that he has nothing for me and then uses words like ‘fatty boom boom’ to describe how I’d look in the designs. Yoh,” she said.

At the time, Lesego highlighted how this interaction feeds into a larger conversation about discrimination against fat people.

“To the conversation this week, this is why fatphobia is so different from other shaming. I was made to feel like less than nothing today because of my body. My body is not good enough for his dresses and he let that sh*t be known.”

The journey so far: what I would tell my younger self

In honour of Youth Day, we asked some prominent people what they wish they’d known in their formative years
Lifestyle
3 months ago

The star has hit back at people who try to convince women to have children when they choose not to.
TshisaLIVE
3 months ago

"Even when a child dies, it doesn’t matter," said Lesego.
TshisaLIVE
3 months ago

SA's famous faces weighed in on the situation, with stars like Siv Ngesi, Thickleeyonce, Sizwe Dhlomo, Miss Universe Zozibini Tunzi and other big ...
TshisaLIVE
7 months ago