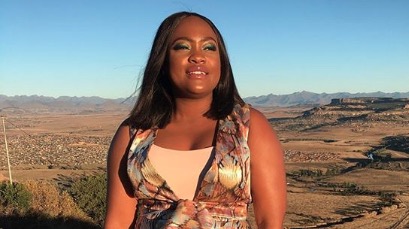 It's been two years since former OPW presenter Kayise Ngqula's husband was killed in a car crash.

Kayise herself was severely injured in the crash and had to fight her way back to good health.

Taking to Instagram, the TV personality reflected on her journey to recovery and dealing with the heartbreak of losing her husband.

“Never forget ... even during your darkest moments God still had a plan for you to shine. June 16 2019 my life changed forever. Two years since. I’m just here to remind you that I’m a living testimony of His goodness!” she said.

In commemoration of International Widows' Day last year, Kayise shared a love letter to her late husband through her new YouTube channel After Dark with Kayise. She reminisced about the day they met and how overjoyed they were when she found out they were expecting their first child together.

Kayise also revealed what she remembered of the night that claimed her husband's life.

She explained how she fell asleep due to the hectic week she had had and recalls waking up to the sound of sirens.

“There was commotion, the doctors, paramedics and anyone who needed to be there to attend to us, it was then that I asked, 'Where are we and what's happened?' I was then informed by the doctors we'd been in a car accident and that we were quite injured. I looked to my right, my husband was hysterical, fighting off anyone who touched him ... he didn't want to be touched and attended to, he kept screaming my name ... I then told him we're going to be OK.”

After being informed that her husband wasn't doing well, Kayise revealed how she couldn't understand why he couldn't wake up. “I asked him and begged him to wake up ... I needed to hear him talk.”

"I kept quiet for too long until media picked it up and I have been grateful for that because it finally gave me the courage to speak out about the ...
TshisaLIVE
4 months ago

"At some point it almost seemed impossible, but I had to stay strong and committed." said Oratile.
TshisaLIVE
4 months ago

Babes Wodumo and Mampintsha have announced the birth of their first child.
TshisaLIVE
4 months ago

Mzansi is up in arms over the 'tell-all' interview.
TshisaLIVE
4 months ago