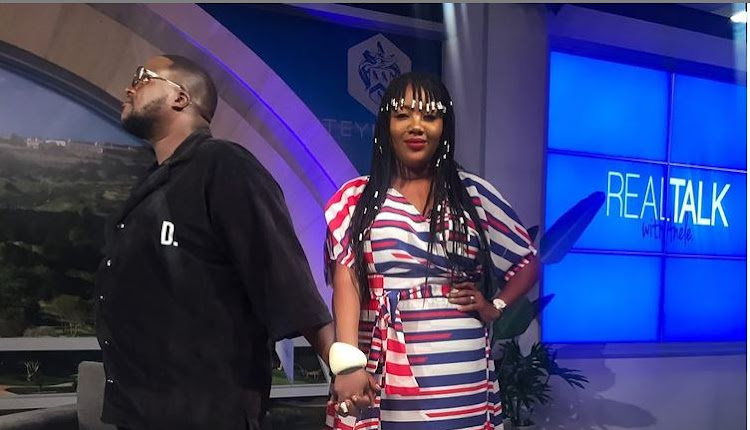 Well-known publicist and HHP’s widow Lerato Sengadi took a trip down memory lane to reminisce about how the late rapper used to start performances with a hymn.

Lerato shared a video in which Jabba could be heard leading thousands of fans into a hymn.

“Most times Motho would start his performances with a hymn or some sort of praise and worship. And every single time the audience (made up of thousands) would stop what they were doing and join in. His faith never wavered until the very end and beyond.”

Lerato said the only other rapper she had witnessed doing this was DMX.

“The only other iconic rapper I’ve ever witnessed do this is DMX. I’m sure the two of them head up the prayer meetings in heaven.”

HHP died on October 24 2018 after committing suicide in his home. The rapper had openly spoken out about his battle with depression for years.

During an interview with Eusebius McKaiser on 702 in March last year, Lerato poured her heart out about dealing with his death.

“My husband was sick . He had a mental illness and he died as a result of the mental illness. The way in which it took him was through suicide,” she said.

“In everything that has been said about me, this is my first time talking about any of this stuff. No-one has been honest enough to say he committed suicide. [They keep saying] ‘It’s alleged’. It is not alleged. That is what happened as a result of mental illness.

“We should be able to have that conversation honestly  because these are things that happen all the time. We can’t be scared to say this person had depression.”

The publicist said therapy has saved her life, adding that the reason why she moved out of their marital home was because HHP was unwilling to take care of his mental illness .

"The Daily Show is gonna be taking a break over the summer," Trevor announced.
TshisaLIVE
11 months ago

"I realised, this is different. This is a voluptuous woman who is sexy and owns it," Thandeka shared.
TshisaLIVE
11 months ago

Babes Wodumo and Mampintsha have announced the birth of their first child.
TshisaLIVE
11 months ago

"I kept quiet for too long until media picked it up and I have been grateful for that because it finally gave me the courage to speak out about the ...
TshisaLIVE
11 months ago