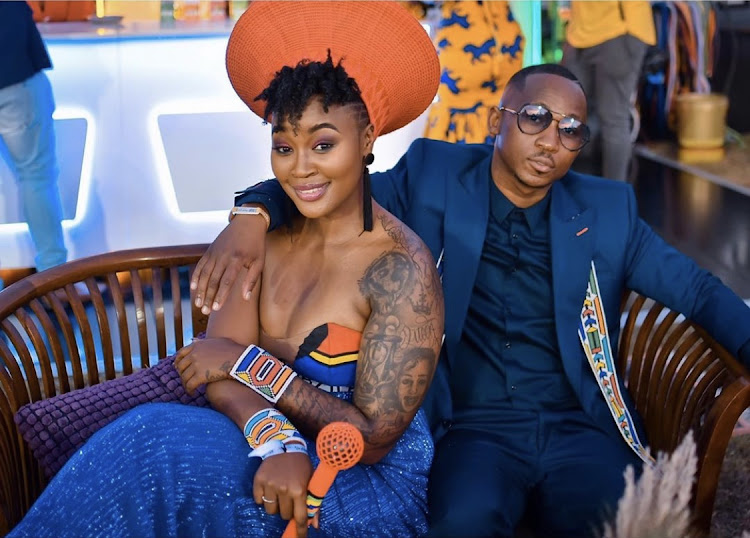 Khuli Chana and Lamiez Holworthy tied the knot a year ago and the love is still alive!
Image: Instagram/Khuli Chana

While they’ve always made it clear they have no ambition of being dubbed a power couple in Mzansi celebville, rapper Khuli Chana and his wife DJ Lamiez Holworthy left tweeps praising them for serving #couplegoals when a video of the pair dancing went viral.

The video showed Khuli and Lamiez having the time of their lives on the dance floor dancing to Khuli’s latest single Buyile.

The one thing that stood out about the pair was that they were having fun together and everyone who witnessed the moment stared admiringly at them while they stared into each other’s eyes between booty slams and booty hops!

It was beautiful to watch and everyone who came across the video on the TL said the same thing: “This is what happens when you marry your type!”

Watch Khuli and Lamiez dance below:

Khuli  also gave a lesson in #Husbanding101 when he went all out to celebrate his wifey  when she recently turned 29.

Lamiez shared snaps of the whole shebang on social media. She said she was spoilt with 29 gifts from some of her fave brands, including Louis Vuitton, Maxhosa, Dolce & Gabbana, Thula Sindi and many more.

With several bunches of roses and champagne for the day, the star thanked hubby Khuli for the spoils. Lamiez said her bae also had a surprise up his sleeve. The star would be whisked away to a destination of her dreams which she is yet to reveal.

“This man surprising me with a trip to a place I’ve always dreamt of going to. That along with every gift I’ve always wanted? Like after yesterday? Ke sharp ka di birthday OK. So I’ve decided I am going to stay 29 forever,” said Lamiez.

This power couple is not only good to and for each other.

Together and individually, they go out of their way to help others. Both have charitable deeds they do annually and find time to add “off-book” good deeds.

Earlier this year the couple was met with applause after they gave their nanny her first plane ticket so she could travel home to her family for the holidays.

Lamiez took to Twitter with the  news. In a thread, she said their family was surprising their nanny/helper Mariana with a flight home to Lesotho.

Mariana was under the impression they were driving to her home. They were excited to see the look on her face when they landed up at the airport.

DJ Lamiez says their nanny, Mariana, hadn't seen her family since the start of the lockdown.
TshisaLIVE
1 year ago

The DJ was spoilt by bae Khuli Chana on her big day!
TshisaLIVE
11 months ago

"I wouldn’t want to do this life thing with anyone else. I’d choose you over an over again," wrote Lamiez.
TshisaLIVE
1 year ago