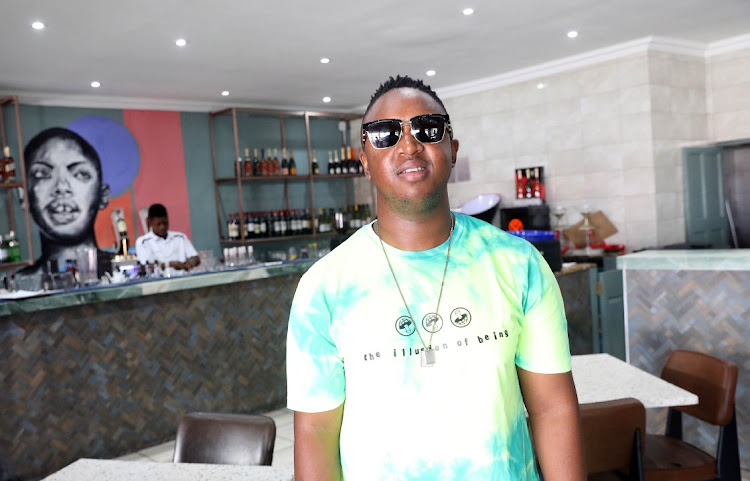 Shimza at his restaurant, The Hang Awt 1632, in Endayini, Tembisa.
Image: Veli Nhlapo

Musician Shimza has called out the “exclusivity” of Afro and house music, saying that by not making the genre accessible for all, the bigger arts and music industry is negatively affected and that is bad for the culture.

Taking to Twitter, the star called out mainstream venues for not playing Afro and house music. With many considering it a genre only a few indulge in, Shimza believes this has been bad for the culture.

The Congo Congo star said the practice had lead to Afro and house DJs having to use amapiano music so they can cater more to listeners even when it isn’t their usual type of music.

“Mainstream venues hardly play Afro and house. It has become ‘exclusive’ and that’s not good for the culture. We end up having to create and play amapiano bootlegs and vocals so we can make sense.

“Only a few artists and DJs who don’t do amapiano are working in SA,” said Shimza.

Mainstream venues hardly play Afro/house, it has become “exclusive” and that’s not good for the culture, we end up having to create and play amapiano bootlegs and vocals so we can make sense 🤞🏾 Only a few artists and djs who don’t do ampiano are working in SA.

Fans took to the reply section to share their thoughts about Afro and house music, with many standing by the genre and believing will not go out of style any time soon.

However, there were some naysayers in the crowd.

You guys are to blame through gate keeping the genre to yourselves in order to be exclusive, now that amapiano is fully commercialised , you cry foul , the genre (afro) no longer resonates with S.Ans , maybe in Europe because the assumption is , we walk around with drums.

I love Afro, I began my music journey with Afro..Those few artists that don't do Amapiano They can make it too thou , nothing is impossible

Afro/house won’t go out of fashion anytime soon as long as you stay consistent even through the amapiano phase .. we don’t know how soon people will be tired of them , for example look at gqom we all thought it was gonna last , the trick is to remain ontop of the game always .

Amapiano is takeover, making all the other sounds redundant. Amapiano is a South African construct, those European House tech things doesn't have space anymore. Cross over.

Do something guys to take that crap genre out of fashion. Yona le Gqom, same WhatsApp group, no variety. You listen to 1 song, then you already know all unreleased songs.

Let’s give people music even if it means us giving music fans in exchange of their contacts so that we can tailor make releases for them in future. When music is popular then venues will feel the pressure to book AfroHouse dj’s.

Shimza was also trending at the top of the charts on Sunday night after President Cyril Ramaphosa announced SA has moved to level 4 of the lockdown, prohibiting any kind of gathering.

The announcement led to many speculating Shimza will be making top dollar once more, thanks to the Lockdown House Party concept he and PH launched during the initial lockdown level 5 in 2020 on Channel O alongside DJ PH.

Shimza and PH on their way to Channel O. 😭 #FamilyMeeting pic.twitter.com/Eauqei6ML6

Ph and shimza preparing the invoice to Channel O for lockdown party..... pic.twitter.com/V39qhve0nn

Responding to fans’ reactions, the star said he hopes to bring the heat with Mzansi’s hottest DJs.

#LockdownHouseParty is part of our Covid journey, I will try, let’s cross fingers 🤞🏾❤️ pic.twitter.com/Oql6nX2xUB

The sixth annual Mzansi Kwaito and House Music Awards will be hosted at the Sun City Superbowl on November 27 2021.
TshisaLIVE
11 months ago

Shimza has encouraged his fans to call out bullying when they see it on the TL.
TshisaLIVE
1 year ago