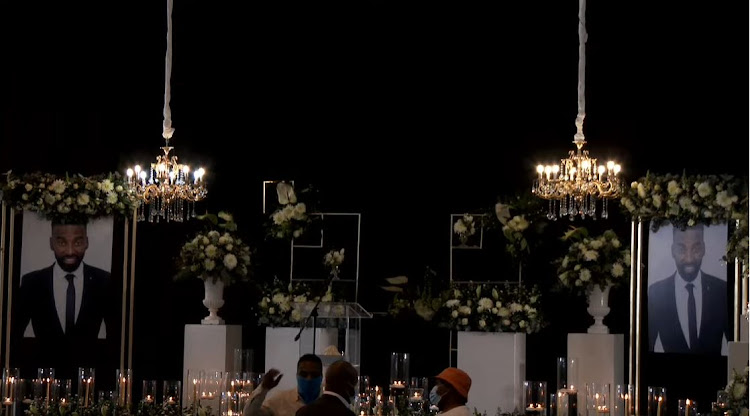 Friends and family of the late actor Luzuko Nteleko gathered at Sebokeng, Zone 14 Sports Centre on Saturday to celebrate the actor's life, and some moments were emotional as they said farewell to their beloved one.

Luzuko died on June 21 after losing a two-year battle with brain cancer.

The actor's sister, Nomsa Nteleko, read a letter from Luzuko's mother who wasn't present at the venue.

“Hamba kakuhle sana lwam nokuba o ndishiye ndijonge kakhulu kuwe. (Go well my baby even though you left me when I was still expecting much from you); Akho muntu azo phinda athi mama ndizokosebenzela. (There is no-one else who will say to me, 'mama, I will work for you'); Rest in peace ... You have suffered enough. I will always remember your smile. From your mother,” read the message from Luzuko's mother as read by Nomsa.

Nomsa said Luzuko was her mother's world and even though they were eight children in the household, they all felt their parents' love and their parents ensured that they loved each other as siblings.

Later, Nomsa took to her Instagram to share some of the most touching moments from the emotionally charged day. One of the most heartfelt speeches came from Luzuko's nieces and nephews, who seemed to be struggling to accept that their cool uncle was no more.

“It's days like these I miss you the most, where you would say something to put a smile on everyone's face and we'd all forget about what was bothering us. Everyone misses you.”

“You will be missed dearly, baba om'ncane. Not only by your family but by those whose hearts you've touched and those you have inspired. You were a good man, very humble that carried himself well. A true role model, my role model. You were never an uncle to me but a father and I will try by all means to make you proud,” read one tribute.

In the caption of one of her posts reflecting on what was said at the emotional service, Nomsa shared some words with the young children from her family who were hit hard by their uncle's death.

“Let’s allow uncle to rest easy like the King he was. May you also remember ubukhosi benu, never forget that you are royalty. As your Makazi and Dabs I love you to bits, this will pass and we shall see sunshine again. I know you’ve lost way too much in the past year, but ke bubom God makes no mistakes,” she said.

Physical attendance was limited at the memorial service so the family could ensure adherence to Covid-19 regulations. The service was streamed live on YouTube and later broadcast on channel 504 on Mpumalanga Broadcasting Television.

Luzuko will be laid to rest at his family home in the Eastern Cape on July 2.

Luzuko's family has encouraged everyone to tune in and celebrate Luzuko’s life with them virtually.
TshisaLIVE
1 year ago

"Some of the people we saw, their livelihood is worse off than it was 24 years ago and that broke my heart"
TshisaLIVE
1 year ago