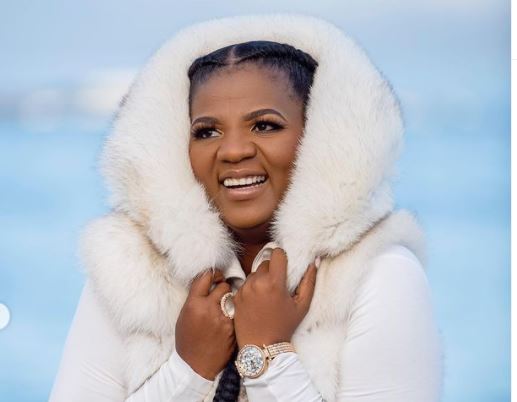 MaMkhize believes that wishing will get you nowhere.
Image: Instagram/MaMkhize

Reality TV star and businesswoman Shauwn Mkhize believes that lazy people who aren't fruitful in their ventures find inspiration in wishing, standing firmly by her conviction that it's only actions that bring results.

Taking to Instagram with a video of herself jamming to Somizi and Vusi Nova's single  Intandane, the Kwa Mam'Mkhize star decided to reflect and share her 'food for thought' for the day.

“It is true that other things are central parts of our emotions, but we are often at a loss when asked to define them. As result we end up having so many wishes,” said the star.

Shauwn went on to say that wishing is a form of inspiration for the lazy and encouraged others to do whatever it takes to make their dreams come to life.

“I recently realised that wishing is a form of inspiration for the lazy mind but taking action, persisting and finding alternative routes to your destination against all odds is the definition of a successful venture,” she wrote.

MaMkhize has proven she is a doer, not a wisher.

Earlier this year, Shauwn partnered with SABC1 youth current affairs show Expressions and the department of correctional services to build 20 houses during the year for the underprivileged.

The reality TV star has already handed over one of the houses. Taking to her IG, Shauwn expressed her joy and said she was super chuffed to be celebrating 20 years in the industry with philanthropic deeds.

“I’m all smiles today because the vision I had for celebrating 20 years of excellence by Zikhulise is coming together so well. Yesterday we travelled to Wennen [Weenen] to hand over the first house. I must say my heart is beyond full at what we were able to do for the Zungu family.” she wrote.

"What has happened to me yesterday it’s not new. Who said a male-dominated territory was easy? I am still standing tall and firm on my ground, not ...
TshisaLIVE
4 months ago

Whether by design or default, extravagant entrepreneur Shauwn Mpisane has turned the Premier Soccer League into an extension of her television ...
Sport
3 months ago

"I must say my heart is beyond full at what we were able to do for the Zungu family."
TshisaLIVE
4 months ago