“Special love to my fans in South Africa currently in another lockdown. I see you!” James said. 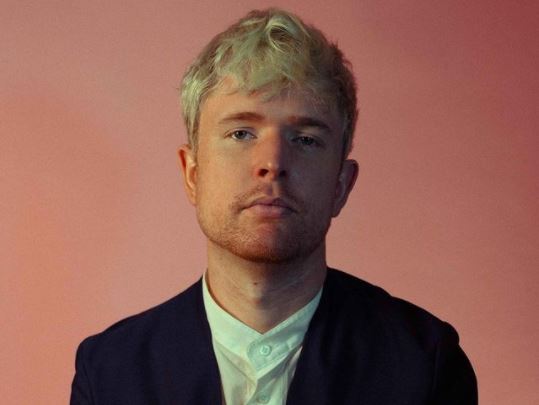 Mzansi has been left in awe once more by English singer-songwriter James Blake's talent and care for the country after the singer kept his promise and gave his SA fans a much-needed IG concert that left many in their feels.

The TL was alive with emotions as people tuned into Instagram to enjoy music from James and the singer — who has become a firm fave — gave nothing but amazing renditions of songs such as Godspeed and Limit To Your Love.

The IG concert felt like a long “it's gonna be OK” hug for the people of SA, who were pleasantly surprised when the singer didn't waste time but honoured a random virtual concert request from SA.

What happened was, after President Cyril Ramaphosa announced the move to lockdown level 4, tweeps were obvs in their feels. That's when Twitter user @Zoddies posted: “We’re gonna need one or two James Blake IG Lives. I wonder if he cares about us ...”

@Thobby07, retweeted Zoddies' tweet and tagged James, saying "@jamesblake we're under heavy lockdown and need your voice to comfort us. Now more than ever.”

On Monday, the singer responded: “I’m available Wednesday if that works?”

He followed this up on Tuesday, announcing that the live show would take place on Wednesday, June 30, 9pm SA time.

“Special love to my fans in South Africa currently in another lockdown. I see you!” he said.

And the rest as they say ... was history!

This is not the first time James has made his love for his SA fans known. Last year, after his SA fan base made it known to him that he had helped them get through lockdown, the singer connected with them through one of his IG concerts.

At the time, James had started a live session where he sang and promoted some of his songs from his new album. During his live session, James paused and said, “Loads and loads of South Africans tuning in and that 100% doesn't go unnoticed. Thank you.”

While playing the piano, James apologised for having never been to SA but promised to come perform in the motherland one day.

His recent IG concert was just as emotional, if not more so, and his SA supporters expressed their gratitude for the love from their fave.

Here are some of the top reactions to his IG concert:

James Blake did something here🤌🏽 pic.twitter.com/5KtiKtBSwE

All of us after James Blake’s live…😭🥲 pic.twitter.com/jjz8yxOuIg

It’s James Blake seeing us and not our government, for me. pic.twitter.com/uI0m6S0sxV

me and everybody on james blake live when he started singing godspeed just now pic.twitter.com/esrEZL69t5

James Blake REALLY has a thing for SA!
TshisaLIVE
1 year ago

Rapper Cassper Nyovest has weighed in on the country moving to level 4 lockdown.
TshisaLIVE
3 months ago

SA's celebs have given their feedback after President Cyril Ramaphosa announced the adjusted level 4 lockdown.
TshisaLIVE
3 months ago

"I didn’t come here for a fight or to be called names. I won’t be baited any more. Cancel me. Make me fall. It’s all the same to me," said Pearl.
TshisaLIVE
3 months ago