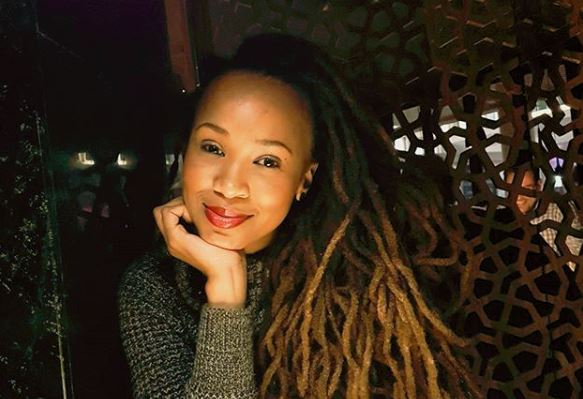 TV host and voice-over artist Claire Mawisa has come for supporters of former president Jacob Zuma after protests ensued following the Constitutional Court order for his arrest for contempt of court.

After the ConCourt last week found Zuma guilty of contempt of court for refusing to testify at the state capture inquiry, protests erupted at his Nkandla residence in KwaZulu-Natal in a show of support.

The gathering of his supporters during the third wave of Covid-19 infections has led to many criticising the protest action, including Carte Blanche host Claire.

Taking to Twitter, Claire said die-hard Zuma fans will not die as the martyrs they believe themselves to be, and pointed out they were at risk of contracting the coronavirus.

“These marchers who insist that they are willing to die for Zuma will not die some heroic death on a battlefield. Instead they will die alone after gasping for air in a parking lot outside a hospital and after infecting their spouse and children who didn’t choose to die for Zuma,” she tweeted.

these marchers who insist that they are willing to die for zuma, will not die some heroic death on a battlefield. instead, they'll die alone, after gasping for air in a parking lot outside a hospital, after infecting their spouse & children who didn't choose to die for zuma.

The star predicted many protesters would probably infect their loved ones who didn’t partake in what is being a labelled a superspreader event.

“It is their loved ones and those with whom they will inevitably come into contact that concern me — the people who have chosen not to participate in all this,” said Claire.

When approached by TshisaLIVE for further comment, Claire declined.

Claire is not the only celeb who has weighed in about the Zuma family.

A few months ago, model and TV personality Ayanda Thabethe took to Twitter to defend the former president’s son Duduzane after he came under scrutiny for allegedly using his familial connections to get ahead.

“I think if you come from a family of influence there’s nothing wrong with using that influence to enrich your life. It’s not glamorous to start from the ground up if you don’t have to. I don’t get why people get pressed when rich children use their parents’ connections to get ahead,” said Ayanda.

“What’s a bit annoying is when someone who got a head start or received a favourable amount of luck denies it. Own it and do good with it — full stop,” Ayanda said at the time.

Claire Mawisa recounts being called a snob in a taxi

Claire Mawisa was once called a snob.
TshisaLIVE
3 years ago

"'Imagine people covering a story of your loved one being painted by this guy, but he is busy painting the wrong person intentionally."
TshisaLIVE
1 year ago

Claire goes back in time when missing persons were aired during prime time.
TshisaLIVE
2 years ago