OPINION | Instead of shaming celebs for owning their sexuality, focus on what your kids watch

“Next time you see an IG post of a celebrity you think is ‘showing off too much skin’ or is ‘needs to cover their body’ — do anything BUT scratch the itch that wants you to tell grown women what to do with their bodies,” writes Deepika Naidoo. 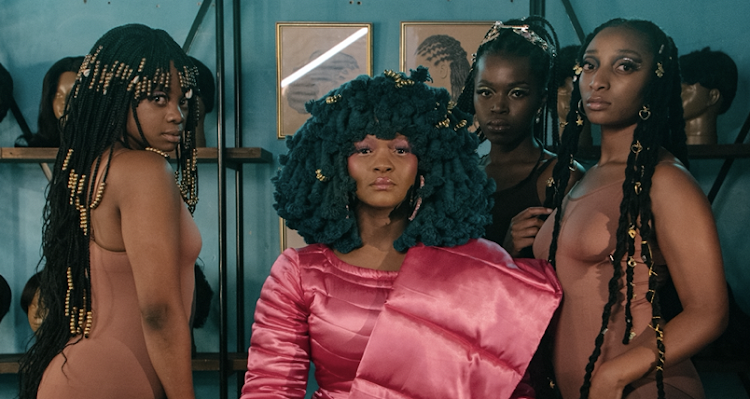 Parents: stop blaming artists for the music your children listen to.
Image: Supplied/Onkgopotse May

Female celebrities are some of the most policed people on this planet and they are  understandably sick and tired of fans' opinions, and of constantly being told what to do with their bodies.

Though it isn’t a foreign topic to anyone with a pulse, having autonomy over our bodies is a number one priority for most human beings — especially marginalised people, like women. In the last couple of decades, women finally have the opportunity to take control of their narratives and lead lives of their own accord.

It must be noted, it seems like this movement towards becoming a society that says “you do you boo” is being stifled by those who feel like they have a say in other’s lives. More importantly, telling powerful women what they should do with their bodies.

"Take responsibility for your kids my love! Mine are good," Moonchild clapped back.
TshisaLIVE
1 year ago

Female celebs are constantly scrutinised for simply taking control over their bodies. Women in entertainment have been constantly criticised for their looks from the beginning of time while their male counterparts have gone unscathed.

However, with the feminist movement gaining traction across the globe, with millions self-identifying as feminists, we are seeing young women stick a finger to the system and take control of their bodies. Yet, there is always a commentator ready to tear down women.

A critique that has been at the forefront of the hate towards women is how “over-sexualising themselves” has an effect society and children. Many celebs have had to deal with this critique in their life. From Cardi B to Madonna, women in music get a raw deal from the public.

Just recently, SA musician Moonchild Sanelly took to Instagram with some, what some would call, raunchy snaps and video clips to promote the release of duo tracks Yebo Mama and the music video for Yebo Teacher. In the video, Moonchild can be seen twerking in lingerie, which is very on-brand for a sex-positive musician.

Moonchild may be a popular chart topper, but the star is known for owning her sexuality and constantly aiming to inspire the same kind of sex positivity in her fans and other black, LGBTQI+ women like herself.

“As the president of the female orgasm, I am checking that people are doing their homework on their own sensuality,” the star said in a statement to TshisaLIVE about her latest drops.

“As the president of the female orgasm, I am checking that people are doing their homework on their own sensuality," said Moonchild.
TshisaLIVE
1 year ago

Though fans filled her says on IG with her usual supporters cheering her on, an Instagram user seemed to be pretty upset with Moonchild showing off her natural curves and came for Moonchild, saying that children will be allegedly forced to watch the star twerk.

Forcing your children to watch her twerk? How?

With social media and internet platforms like YouTube creating channels and avenues for your children to have a safe viewing experience on the internet, you really have no excuse to want to blame Britney Spears, Megan Thee Stallion, Nicki Minaj, Lady Gaga and every video vixen in the world to put a lid on their “sexy” for your children's sake.

Aeons ago when the dinosaurs roamed among memes that aged terribly and regrettable selfies, there was a chance of a child being “forced” to watch restricted content. However, with the advent of parental controls on almost all platforms, there is hardly any excuse. Even the UN and other global forces are making strides in improving children’s rights and protecting children.

This scathing review isn’t to take aim at parents who may not know how to ward off the dangers of the internet. Still, mothers, fathers and parents out there reading the content you feel is inappropriate for the children: why should sex-positivity in the forefront of the media not exist when you could just not let your children watch that?

As preachy as this may sound, it really has come to this: you as a parent should always take an active role in what your children watch. Then they wouldn’t be “forced” to watch anything, as some of you claim. Children will consume what you feel is safest and best for them.

We shouldn’t be calling for the end of women showing off their bodies. No more “twerking corrupts the youth” or the golden phrase said under the guise of caring about young children: “think of the children”.

If you were thinking about the children in the first place, they wouldn’t even have access to the content you so clearly believe isn’t appropriate.

So, next time you see an IG post of a celebrity you think is “showing off too much skin” or “needs to cover their body” — get a glass of water, take a deep breath and please just take ownership over what your children watch rather than scratch the itch that wants you to tell grown women what to do with their bodies.

PSA: Celebs and their fans are strangers.
TshisaLIVE
1 year ago

Moonchild Sanelly on women being told ‘sex is a duty’

I hate saying he lost the battle against cancer because he told me he won, writes Chrizelda Kekana.
TshisaLIVE
1 year ago