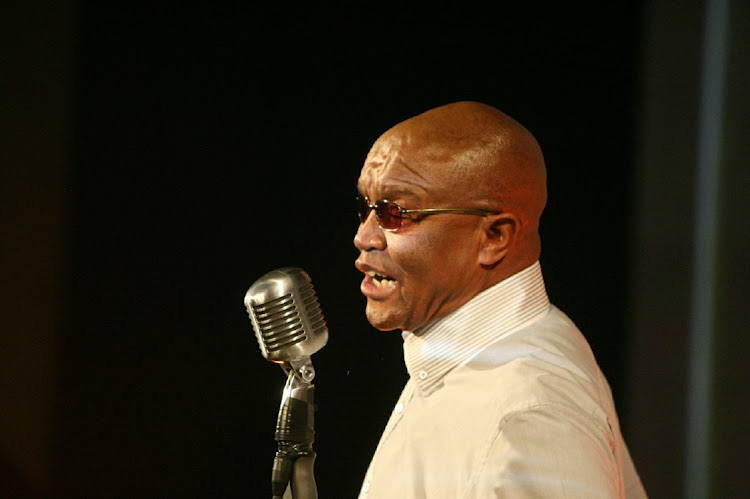 Tebogo "Steve" Kekana was honoured by Mzansi and the province of Limpopo.
Image: MABUTI KALI

Legendary singer and song writer Steve Kekana has been laid to rest and honoured by South Africans after dying at the age of 63 last week.

The funeral was held on July 8 at 8am at his home in Moletlane village, Zebediela, Limpopo. The star was given an official category 2 funeral by the state and approved by President Cyril Ramaphosa.

Attendance was limited with only family and Limpopo government officials allowed at the venue, according to the regulations under alert level 4 of the coronavirus lockdown.

Legendary vocalist Joe Nina honoured the star with renditions at the funeral with his loved ones. The family also sang hymns and prayed for the star as they bid their last goodbyes.

Many of Steve's long-time fans took to the comments section of the live stream with goodbye messages. Though physical attendance may have been limited, fans across Mzansi paid tribute to the star.

“Dr Steve Kekana's vision was unity irrespective of colour, ethnicity and race ... he really played his role. RIP Masterpieces, Pilot of the airwaves, your great legacy is left all over the world.”

Speaking about Steve's excellence in music, Limpopo premier Stan Mbathabatha gave a eulogy and thanked President Ramaphosa for not hesitating to approve the category 2 funeral. He also went on to praise the star for his years of service to society, music and Mzansi.

Mbathabatha also noted a moment when he truly felt that Steve was the heart and soul of Mzansi.

“I was in Harare, at a place called Highveld. I was partying and I was passing a tavern. I heard Burnout playing there. I said 'this is me, this is SA, this is our pride. He was a legend in the purest sense.”

The ceremony was hosted by the Limpopo Artist's Movement and broadcast live on YouTube.

Watch the funeral below:

“I’m grateful that I was part of Steve’s life up until the end,” said fellow musician Sipho ‘Hotstix’ Mabuza.
TshisaLIVE
11 months ago