Culoe De Song becomes a sangoma — says it's all about healing, not trending

“I don't think it's about being the most famous sangoma and talking about spirituality as the current trend. It's about healing the core of yourself ... 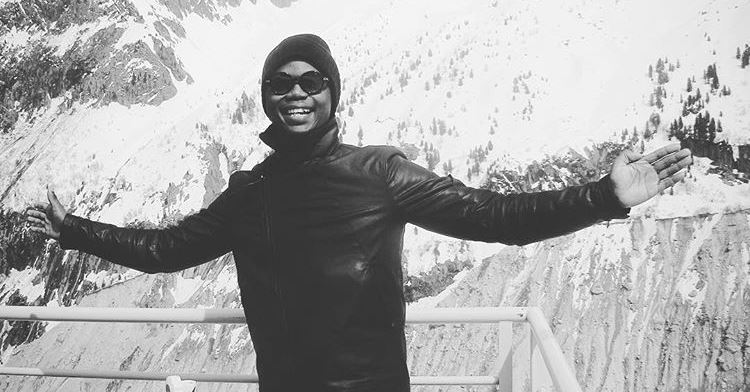 DJ Culoe De Song has accepted his ancestral calling and has been scarce on the socials because he was undergoing the initiation process, which he's shared with TshisaLIVE in an exclusive interview.

On Monday, the DJ took to Twitter posting an image of himself wearing tribal clothing and dancing, causing his fans to conclude that he was on a journey to become a sangoma.

Speaking to TshisaLIVE, Culoe said the spiritual journey he was on was sacred in many ways and, while he couldn't share most of the process, he was glad he accepted his calling and the teachings that come with it.

“I am giving myself time to learn and absorb everything that I am being taught in this journey before starting to make assumptions and doing things quickly ... listening is the most important element about it and understanding what it's about,” he said.

Reflecting on his life growing up, the DJ says that when he was named uCulo Lethu, after he was first brought home, his grandfather placed him on an organ and would play music to him all the time and that's when he feels he first accepted the calling.

“I always make fun of the story and say that that was the point where I was initiated,” he says jokingly.

“I've had people come to me saying that my music healed them from suicide and things like that ... and at the time I was just operating from a talent point of view. I did not know that there was anything special in me ... I did not look at music as a form of healing.”

Culoe explained that the picture he posted was a way of explaining to his fans what he is going through so that they can understand the journey he is on and respect the “rules and regulations” he had to follow.

“I do have a spiritual journey that I am taking, but it has more to do with all my gifts. Just  as every individual has a different finger print, I have a unique story as to why I am going through what I am going through.

“I don't think it's about being the most famous sangoma and talking about spirituality as the current trend. It's about healing the core of yourself ... and also you're giving yourself room to grow and see all possibilities that are within you.”

The DJ had not been in studio for five months but recently uploaded a snippet of an audio on his Instagram that got his fans excited for his next album, which he says was influenced by his spiritual journey.

“I wrote that song ... it was inspiration that came within me while I was at the 'shrine' and I felt like I needed to put it in my next album.”

The DJ says the whole process has had a great influence on his work and his fans can listen to it once his next project is released.

“The next project is in the works, I don't have a title for it yet but it's very much linked to my spiritual journey. This journey was so important to me, to ground me and place me back home to understand what my call is about, and that's what I'll be expressing with the music that's coming ,” he says.

“I am at the surrendering stage where you're on the ground willing to listen, away from the noise ... I'm not worried about what's going to happen ... but the way things are going, it seems I'll be back on the road again and playing in different 'shrines'."

Dawn Thandeka King on ‘sangoma popularity’: Don’t stress about those who are called

The former 'Uzalo' actress said those who don't have a calling to heal needed to stop stressing about those who do.
TshisaLIVE
1 year ago

"At some point it almost seemed impossible, but I had to stay strong and committed." said Oratile.
TshisaLIVE
1 year ago