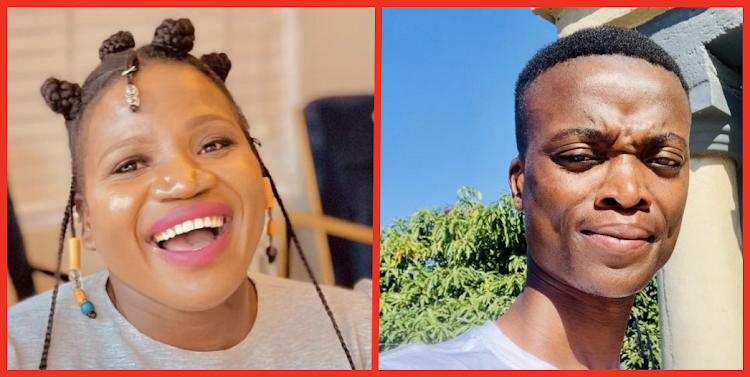 The war wages on between Makhadzi and King Monada over who actually owns the song 'Ghanama'.
Image: Instagram/Makhadzi x King Monada

The internet has again been left in a mess over the song Ghanama, as Makhadzi admitted that their “publicity stunt” was to cover a genuine tussle between her and King Monada after she was dragged for releasing the song without the Idibala hitmaker.

The saga between Limpopo artists Makhadzi and King Monada over the rights of the song has left fans baffled as they try to figure out the truth between too many versions of the same story.

In the most recent update, Makhadzi shook Mzansi after releasing the song without King Monada's vocals on Thursday. This led to backlash over the song not “slapping” without King's musical stylings.

Makhadzi took to Twitter with a detailed statement hoping to pull the veil on the real story.

The Matorokisi singer explained her version of events about what actually happened between the two musicians — also providing receipts from screenshots of alleged WhatsApp messages between the two.

The star revealed that the alleged publicity stunt they pulled was to cover up the truth and that the pair were truly fighting over the track.

“The agreement was that we would do two songs and the other one will be his. I started promoting the one that's mine and there's where the problems started. We both [went] Live and said some unfortunate things.

“I finally agreed with him for us to share the song 50/50 because I am the composer of the song I requested him to start with my name Makhadzi and King Monada and he didn't have a problem with that. We agreed that to rest this case let's all say it was a publicity stunt for him to not look bad,” said Makhadzi.

TshisaLIVE reached out to King Monada for comment in response to Makhadzi's statement and his management said they had “no comment” on the matter.

However, the TL was yet again left in shambles after a video of King Monada remaking Ghanama with another vocalist to replace Makhadzi made the rounds on social media. Check it out:

And for those who have been on a social media cleanse the past few days, Mzansi fans were keen for Makhadzi and King Monada to get in studio and release their song Ghanama.

However, things turned sour for the musicians after they each hopped on to Facebook LIVE to make claims about who actually owns the track.

Check out the full story here:

King Monada thought Makhadzi was "making it up" to him for past failed projects with the song but Makhadzi thought it was a collaboration between the ...
TshisaLIVE
10 months ago

Oh the drama! Fans of Monada and Makhadzi weren't impressed with Makhadzi's edit.
TshisaLIVE
10 months ago

'Ghanama' was already considered a hit by most people in SA. There was really no need for cheap PR stunts.
TshisaLIVE
10 months ago

Fans were furious about the publicity stunt.
TshisaLIVE
10 months ago