The Kwaito star's team has said he does not need assistance with his medical bills. 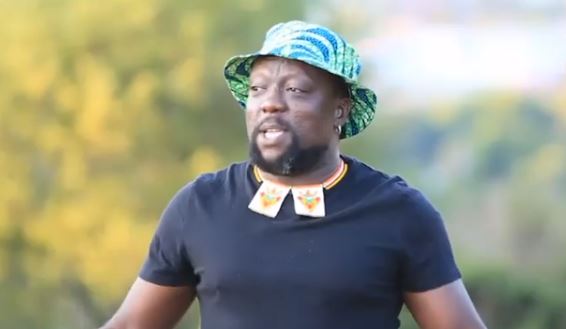 Following several reports that Bonginkosi "Zola 7" Dlamini was in desperate need of assistance with his medical bills after having been hospitalised recently, his team has come out to slam the claims.

On Sunday, City Press reported that the Kwaito star was battling a chronic illness and had started a crowdfunding campaign to aid him with his medical bills.

Zola 7's personal assistant Siki Kunene dismissed the claims, saying that Zola 7 was at home and in perfect health.

“We honestly don’t know where these rumours started. He is not in a hospital, he is perfectly fine at his home ... This is absolute rubbish. In fact, the management pays for his medical bills and send the medication to him,” she said, speaking to the Citizen.

Zola 7 opened up about his battle with epilepsy on MacG's podcast, Podcast And Chill, earlier this year.

The legend revealed he was diagnosed with epilepsy three years ago.

“I lost a lot of weight over the past year. I was extremely sick, I was home and I was shaking. Everybody around me was scared I was going to die. I couldn’t eat well. I was eating mageu, porridge and fish,” he said at the time.

TshisaLIVE reached out for comment from Zola 7 and his team who — citing distrust of the media and fear of distortion of their statement — declined to comment.

Even as his management insists that the legend is fine and doesn't need any help, social media has been abuzz as his fans rallied to show their “kasi hero” support.

Bonginkosi Dlamini known as Zola 7 is sick and no body is tweeting about it,Come his last day y'all will be tweeting like you cared,It's so sad cause his been throughout A lot in his career while giving hope to people, Remember the show ZOLA 7,He fought to help the People,A KING

Kindly advise where we can help donate towards helping him.

He did a remarkable job helping others during his Zola 7 days!!!

During his prime this guy did more to society than any artist in RSA. Who remembers Zola 7? Stop the hating, we owe him the help

"I lost a lot of weight over the past year. I was extremely sick," Zola 7 said.
TshisaLIVE
1 year ago

The screenings in Sandton and Tygervalley have sold out, with only Gateway tickets still available
TshisaLIVE
1 year ago

Zola 7 is still for the youth!
TshisaLIVE
1 year ago