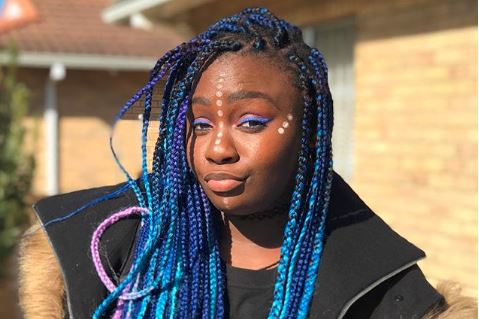 Songstress Amanda Black has weighed in on the president's address.
Image: Instagram/Amanda Black

In a message to the nation, Ramaphosa announced the extension of alert level 4 lockdown, with the ban on gatherings and alcohol to continue for 14 more days.

Ramaphosa also used the opportunity to slam the violent protests and looting that gripped the nation over the last few days and condemned tribalism.

Taking to social media, Amanda said that she was gatvol and would not watch another family meeting again.

“I think tonight the president couldn’t even fake caring any more. That was the last time I watch an address. I get it. I’ve been getting it. But hope doesn’t kill. It just means you know you deserve better. We deserve better as a people. We matter OK?! Don't forget to vote.”

Such disdain from a president in a country where majority of its people are hungry and impoverished and affected most by this pandemic.

She also slammed the president's comments on “ethnic criminality”, claiming the country was burning because of protests, not tribalism.

“What the f**k is ethnic criminality!? Ethnic mobilisation? A whole president of a country?” she asked, tagging the president.

Speaking on Sunday, Ramaphosa said there is no justification for the violence and claimed “some of these acts of violence are based on ethnic mobilisation”.

“This must be condemned by all South Africans at all costs as we are a nation committed to nonracialism and non-tribalism that is underpinned by the diversity and unity of all the people of SA, whatever their language, culture, religious beliefs and race.”

SA's celebs have given their feedback after President Cyril Ramaphosa announced the adjusted level 4 lockdown.
TshisaLIVE
10 months ago

"We are still in this pandemic because of corruption," says Amanda Black.
TshisaLIVE
11 months ago

“The pandemic hasn't really given a chance for you to run away from yourself because most of the time, you are by yourself," says Amanda Black.
TshisaLIVE
11 months ago