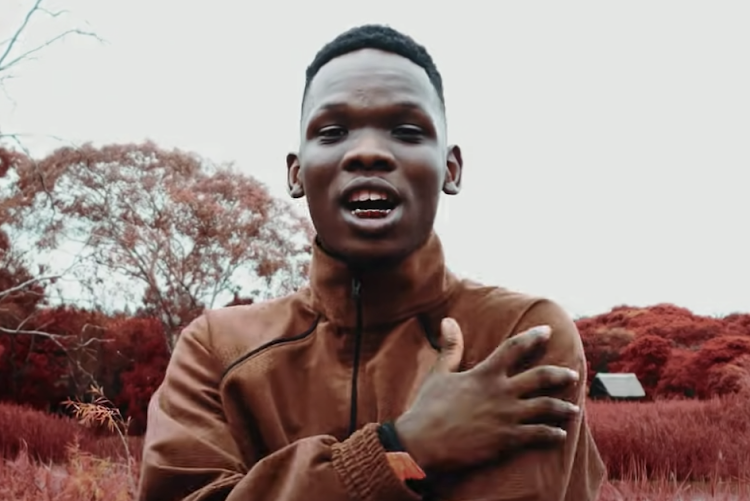 The newcomer is already making his mark on the SA rap scene.
Image: Youtuber/Blxckie

Newcomer to the industry Blxckie has already gained national recognition for his SA trap stylings, and he's ready to take over the world after the release of his album B4Now.

Chatting about his latest endeavours on the TshisaPOD, the Durban-born star spoke about his humble beginnings, saying he had a sheltered life in Durban.

“I grew up in Sydenham Heights in Durban, an area notorious for gang violence but my parents tried to keep me out of all of that. I used to stay inside, I only used to go outside to play soccer and then I got a scholarship to go to Clifton College. After that I went to the University of KwaZulu-Natal in Pietermaritzburg and returned to University of KwaZulu-Natal Howard College (Durban) to finish up,” he said.

Though at first getting into the music business wasn't on the cards, his love for rap came to the fore after deep house and neo-soul beginnings, citing SA legends Black Coffee, Lira and Monique Bingham as his musical inspirations.

After the release of his album B4Now earlier this year, the star went viral, topping the Twitter trending charts. Blxckie said he was blown away by the support and love all across Mzansi, especially as a newcomer to the industry.

“Yho, it was crazy, I didn't expect the music to go across the borders so quickly. I have only been in Joburg for a little over a year now. The way the music is moving, the traction is just growing every day, just crazy for me to see. I always expected people to like the music, because I liked it. For a long time, I was just making music for myself, making what I like, because I think it's important for me to like the music more than anyone else.

“And then when I started dropping more, it was dope to see it and I knew it would go far, but I didn't imagine it happening so quickly,” he said.

The now fan fave album also features rapper Nasty C on the hit track Ye x4. Holding international sensation Nasty C in the highest regard, the star says that when he moved to Johannesburg to begin his national takeover, Nasty C offered to mentor him and they have a close relationship.

“With Covid-19 and basically the whole rap culture, we didn't really link up in studio. I just sent him the song and he sent it back. But on the occasions that we linked up, it was pretty cool. He's a pretty chilled guy.

“When I met him, he was very excited for me, very proud. He was like, if I ever need to speak to anyone in the industry about anything that is going on, besides just music, I should try to hit him up, but we never really linked in the studio. Every time we linked up we weren't really talking about music, it was real life stuff,” said Blxckie.

Twitter says A-Reece is the benchmark.
TshisaLIVE
11 months ago