WATCH | ‘All we need is each other,’ Les Da Chef’s girlfriend Sisipho Gcanga shares past beautiful moments

“We straight-up talked about a wedding (in detail) on our first date,” Les Da Chef's girlfriend Sisipho shared. 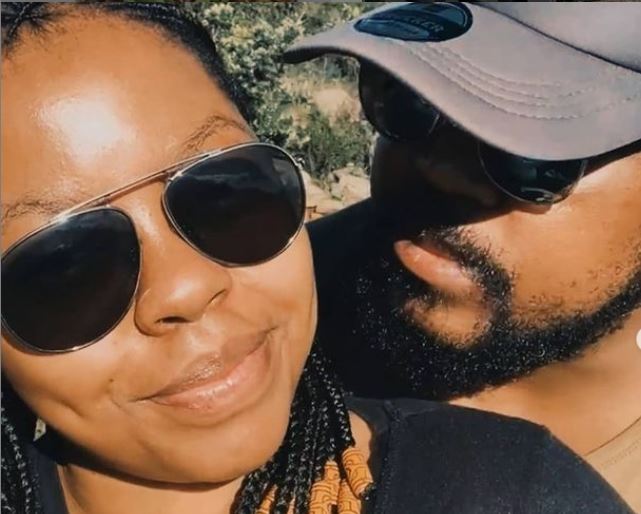 Tributes for the late celebrated chef Lesego 'Les Da Chef' Semenya have continued to flood the TL on Twitter as Mzansi mourns the huge loss to the culinary and entertainment industry.

Lesego died on Monday aged 39. The popular chef is believed to have died from Covid-19 related complications after he had told SA that he had tested positive for the virus a little over a week ago.

Right after the devastating news that Les Da Chef had died broke, #RIPLesDaChef topped the Twitter trends list and further down the list landed his girlfriend Sisipho as everyone who knew Lesego sent her messages of condolences.

On the TL, Sisipho posted beautiful moments she shared with Lesego.

“Our first date was a weekend at a beautiful hotel/wedding venue. Les thought it would be cool to take this picture at the chapel so we could recreate it later one day 'maybe in a white dress' he said. We straight-up talked about a wedding (in detail) on our first date,” Sisipho said in one tweet.

The late Lesego Semenya is credited as one of the young chefs who sparked an African food renaissance in SA.
Lifestyle
6 months ago

In another tweet, she shared a cute video the pair shot together:

“Alls we needs is eachother” pic.twitter.com/nhgXFIAKe0

Just last month, answering a tweet about the best date he's ever been on, Lesego revealed how his relationship with Sisipho began.

The chef explained that Sisipho shot her shot and they began chatting right away. After two months of chatting, Les organised a romantic getaway as their first date. The rest as they say was history.

“She shot her shot, I didn't want any mjolo at all. So we chatted for two months. I organised our first date to be a weekend away. The venue upgraded us to a honeymoon suite with free food, bubbly and snacks. Been inseparable since,” he shared at the time.

Lesego said at the time that Sisipho's presence in his life was fate because it was exactly what he needed even though he thought he was going to end up a bachelor with nothing but his dogs and pots.

“Sometimes life doesn't give you what you want but rather what you need. I was adamant I'd be a bachelor for life with my dogs and pots.”

Sincerest condolences babe. One thing for sure is that he treasured you with all he had. He loved you. A LOT… You’re in my thoughts and prayers 🙏🏽♥️

He loved you so much. So obvious that he treasured and valued who you are. And you made him so happy.

I am so so sorry. 💔 pic.twitter.com/IgienNWd6V

Mzansi's celebrities have also taken to their different platforms to celebrate Lesego- who many have revealed was famous for his humour, wit and gentle-giant nature.

Here are some of the heartfelt tributes:

This is so SO unfair! He was at the prime of his life, not even 40 years old! Rest in Peace Chef, cookbook author, TV personality Lesego "LesDaChef" Semenya... 39 well lived years.. You deserved more life, this was a well lived life cut too short.. 💔💔#RIPLesDaChef pic.twitter.com/l8vwoHRrrL

In the midst of the madness, we continue to cry and lose the ones we love, I hate you Covid, damn you, damn you. My heart is heavy. Death Be Not Proud. Thanks for everything @lesdachef #RIPLesegoSemenya #RIPLesDaChef https://t.co/NS6xi5hbx2

The nation has lost a talented and humble young man. This story is truly heartbreaking.

This issue of vaccine access for “non old” people with comorbidities must be addressed. We can’t ignore this at all, even in the middle of all of this political chaos. #RIPLesDaChef https://t.co/WikpnpGc2Z

'The level of violence against women is beyond just alcohol consumption,' says Les Da Chef

"The level of violence and hatred for women is beyond just alcohol consumption."
TshisaLIVE
1 year ago

Africans love adding nuts and legumes to dishes, so the peanut butter in this recipe is the local twist, says cookbook author Lesego Semenya
Lifestyle
3 years ago

LesDaChef is inspiring South Africans to find themselves through food

Chef Lesego Semeya's cookbook, 'Dijo', not only safeguards the food heritage of SA's townships, but is sparking an African culinary renaissance too
Lifestyle
3 years ago