“People have been patient, very co-operative for the past 18-22 months of lockdown, of no jobs, no food, no nothing,” said Kelly. 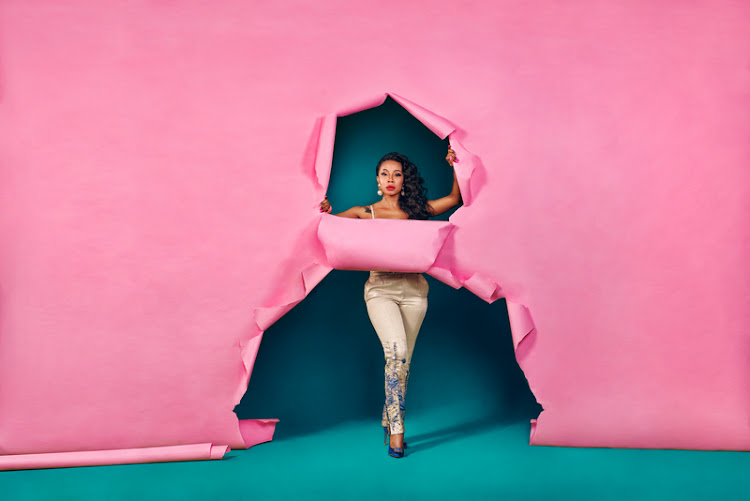 Kelly Khumalo has weighed in on the violence across the country, saying we need leadership that cares about the people for there to be solutions.
Image: Supplied

Singer Kelly Khumalo has lambasted president Cyril Ramaphosa after his address about the widespread looting and riots across SA, saying there will be no solution until the nation has leaders who care about its people.

As Mzansi celebrities use their platforms to raise awareness about the violence and the civil unrest after the arrest of former president Jacob Zuma, many have weighed in on the leadership of SA and how they are dealing with the situation.

Taking to Instagram with video clips, referring to him as “our” president, Kelly lambasted leadership for calling for peace but not owning up to their mistakes.

Without condoning the violence in SA, Kelly said people can't be blamed for reacting to the effects of the lockdown.

“The president, your guys' president, the president spoke ... but I heard nothing, I am not gonna lie to you I heard nothing. He called for peace and yet not owning up to his contribution to this disaster. I am not condoning what is happening out there but honestly, can you blame people for doing what they are doing? People have been patient, very co-operative for the past 18-22 months of lockdown, of no jobs, no food, no nothing,” said Kelly.

Watch the president's speech below:

WATCH | 'This is not us': Ramaphosa addresses SA about nationwide violent riots & the deployment of soldiers

The star went on to say there can only be a way forward if SA's leaders truly show that they care about the people of the country.

Then added, “I wish I could say there's a solution to this but there isn't from our end, until this country is led by people who are people who are actually for people.”

Blood and Water star Natasha Thahane is also doing her part to raise awareness and help the many people in SA who are struggling to access essentials.

She reacted after a fan pleaded with the star to help procure medication for their depression, saying they only have three pills left.

The star said she would be doing her bit to help the fan get the medication required.

Where do you stay? I’ll check if it’s open tomorrow & Uber them to you. https://t.co/kuP7lkd6I8

Actress Terry Pheto used her social media platform to highlight businesses that have been destroyed and damaged through the violence in SA.

“My heart goes out to small business owners who’ve lost everything. Can’t imagine what they must be going through.

Imagine trying to recover from a pandemic and keep going to watch your business burn to the ground. Yhu,” she said.

My heart goes out to small business owners who’ve lost everything. Can’t imagine what they must be going through. 😔

Imagine trying to recover from a pandemic and keep going to watch your business burn to the ground. Yhu 💔

Kelly said if citizens don't use their votes to remove those in power, corruption will continue to thrive.
TshisaLIVE
10 months ago

Kelly Khumalo takes shots at rich men who think they can buy women in the entertainment industry.
TshisaLIVE
10 months ago