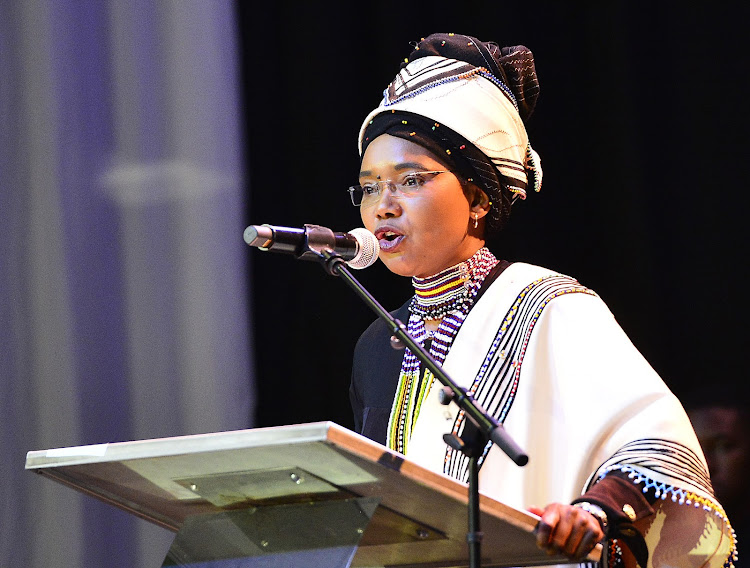 Former SABC news anchor Noxolo Grootboom has distanced herself from a Twitter account in her name, offering to help five families with food vouchers in KwaZulu-Natal.

She told TimesLIVE on Wednesday that she does not have any social media accounts and that her attempts to have the Twitter account in her name blocked have been unsuccessful.

As parts of KwaZulu-Natal continue to be ravaged by looting and destruction of infrastructure, many have lost their jobs.

The account, which has over 12,000 followers tweeted on Wednesday: “During these difficult times, I'd like to help 5 families with food vouchers. Send me a dm [direct message].”

TimesLIVE reached out to two Twitter users who “received” the food vouchers, but neither has responded at the time of publishing this article.

During these difficult times.I'd like to help 5 families with food vouchers send me a dm❤

Sunday Times Daily reported that a group of volunteers took to Facebook offering to clean up for businesses that have been looted.

It all started with 25-year old Emelda Masango who shared her services. Her post was shared by over 1,000 users, who asked to join her.

Her company shut down at the weekend and staff were told to stay at home.

“I was feeling so sad about all the things going on around me and wanted to do something to help to make things better,” said Masango about her decision to offer her cleaning services for free. She said the groups will start the clean up next week.

President Cyril Ramaphosa must go on the ground and engage masses, listen to their grievances and commit to solutions, say Fees Must Fall activist ...
News
6 months ago

The president's acting spokesperson, Tyrone Seale, said party leaders called for the deployment of more soldiers. Ramaphosa also warned that some parts of the province could soon feel the effects of the looting and experience a shortage of food and other supplies.

The protests started in KwaZulu-Natal last week when supporters of former president Jacob Zuma called for his release from the Estcourt prison, where he is serving a 15-month sentence. The Constitutional Court found him guilty of contempt of court after he failed to appear before the state capture inquiry.

"No one asked you for your false prophecies, nor do we care. We are busy,” tweeted Velile.
TshisaLIVE
9 months ago

A total of 3,832,686 people tuned in to hear Noxolo say "Ndi nithanda nonke emakhaya" one last time.
TshisaLIVE
9 months ago