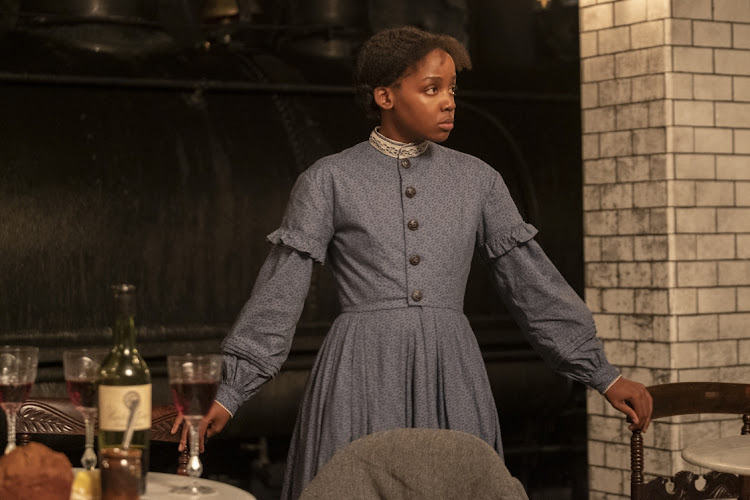 SA-born comedian and host of The Daily Show Trevor Noah has expressed his gratitude after his show was recognised by the Emmys and bagged two nominations at the prestigious awards.

Trevor took to his social media to celebrate his team and the nominations, saying he's honoured.

“Congrats to The Daily Show team on two Emmy noms! Television Academy, always such an incredible honour,” he tweeted.

Honored to be nominated for Outstanding Variety Talk Series and Outstanding Writing for a Variety Special - @JordanKlepper Fingers the Pulse: Into the MAGAverse at the 2021 #Emmys! Thank you @TelevisionAcad 🙏 pic.twitter.com/36FvZhI0da

Trevor is not new to the Emmy rodeo - he has a total of eight nominations and one win under his name since he took over The Daily Show.

His show won Outstanding Short Form Variety Series back in 2017.

This time Trevor also celebrated the nomination the Grammy's got for the Outstanding Variety Special (LIVE) award. The comedian, who hosted the glitz and glamour Hollywood social calendar highlight was pretty chuffed with the nod.

“When the awards get nominated for awards Huge congrats to @CBS & The @RecordingAcad!”

When the awards get nominated for awards 🤯🤯🤯 Huge congrats to @CBS & The @RecordingAcad! 👏🏾 #Emmys @TelevisionAcad https://t.co/zB5H1L6Yzd

Meanwhile most international critics are shook that Thuso was snubbed by the Emmys.

The Underground Railroad scored an incredible 7 Emmy Nominations but sadly none in acting categories, which meant that Thuso's “performance of a lifetime”, as described by Oprah was not recognised by the academy.

None of The Underground Railroad cast members got recognised at the Emmys, however the creator of the film honoured them after getting the nods. In his post, Barry Jenkins singled out Thuso and another female star.

"@TheUGRailroadTV would be NOTHING without these two women. On this night (it's 1am here), I can think of no better way to mark the occasion than to celebrate them -this show is unquestionably a creation made in THEIR image, their vision. I love them deeply, MADLY, DEARLY,” he appreciated the women.

.@TheUGRailroadTV would be NOTHING without these two women. On this night (it's 1am here), I can think of no better way to mark the occasion than to celebrate them -this show is unquestionably a creation made in THEIR image, their vision. I love them deeply, MADLY, DEARLY 💜 pic.twitter.com/RGa9kZkpYQ

Additionally, the streets don't think the Emmys had their eye on the ball on that one.

@ThusoMbedu deserved a nomination for that performance. #Emmys

Now that the Emmy thing has settled, The Underground Railroad was one of the best shows I’ve seen and Thuso Mbedu gives an amazing and moving performance.

not the Emmy’s snubbing my girl Thuso Mbedu, yaah no i am going through it💔

No way the emmys missed on nominating Thuso Mbedu. There’s just no way 😱

Thuso Mbedu was snubbed of an Emmy nomination! #Emmys https://t.co/Pe5Sr34AAZ

Many have called on the comedian to "say something" in the wake of riots across the country.
TshisaLIVE
1 year ago

Here’s why Thuso Mbedu trended as KZN riots started & the fire she breathed!

"I feel no need to prove myself to you," said Thuso to her naysayers.
TshisaLIVE
1 year ago

The SA-born international sweetheart has her heart set on helping others on her birthday.
TshisaLIVE
1 year ago

Thuso and Charlize met and raised the SA flag together, all while looking amazing! #LoveToSeeIt
TshisaLIVE
1 year ago