“He was one of the best. Respectable. Talented. His voice? There's no-one that sings like Tsepho ... They tried but no-one ever matched up,” the singer and Tsepo's friend said. 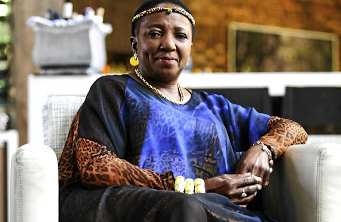 Marah Louw expressed he sadness at the news that Tsepo Tshola has died.
Image: MOELETSI MABE

Veteran singer and actress Marah Louw has shared a touching tribute to her friend and fellow musician Tsepo Tshola, who died on Thursday aged 67 of a  Covid-19 related illness.

His family confirmed the news with a statement sent to TshisaLIVE. Marah said she got a phone call on Thursday from a family member of the Ho Lokile hitmaker, who was in tears and said to her, “Your friend is gone.”

“Every time my phone rings, I get the fright of my life because I know I'll check and someone would have died,” Marah said.

The singer added that Tsepo buried his sister just last week in Lesotho and she was devastated that Covid-19 took him.

“I've even run out of words of condolences, I don't know what to say any more. My friends, my family ... it's one funeral after the other. I am scared. The thing is I know that we are all going to die, no-one gets out of this thing alive — but Covid-19? No man, it's wiping people out too soon.”

Marah said as an elderly person, she was paranoid to even leave her house for necessities and was doing everything in her power to protect herself and her family.

“I'm fine by the grace of God, I've been keeping indoors because I'm a coward.”

The veteran actress said it was hurtful that she couldn't even consider going to funerals  to properly bid farewell to loved ones. Marah said for as long as she's known Tsepo, it would have been fitting to say goodbye the “right” way.

“I've known Tsepo for as long as I've known myself ... I've known Tsepo for many years. I remember — I mean one of the highlights was when we were together performing at Techno Bush, the studio that was in Botswana, recording one of Bra Hugh's albums. A studio in the bush ... and we had such a great time, Tsepo, Bra Hugh, the band and other musicians that were there, it was absolutely magic,” Marah recalled.

Marah said Tsepo was always like a brother to her and whenever she needed help she would call on him without hesitation. The singer said she'll miss his loud laughter and his humility.

“He was one of the best. Respectable. Talented. His voice? There's no-one that sings like Tsepho ...”

“He made his mark, he played a very crucial role even in the liberation of SA. He sang songs about SA, and he a citizen of Lesotho but he sang songs about our struggle and he was part of that struggle. So for me, I bow with respect and ask that God makes him rest in peace,” she said.

Marah said she wished Tsepo had lived long enough for them to record a song together.

“You know what my dream was? It was to record a duet together and we spoke about it but we just never got to it ...”

“Tshepo Tshola has been part of every celebration and loss in most of our homes... It's like his voice held space for black joy and black pain,” ...
TshisaLIVE
11 months ago