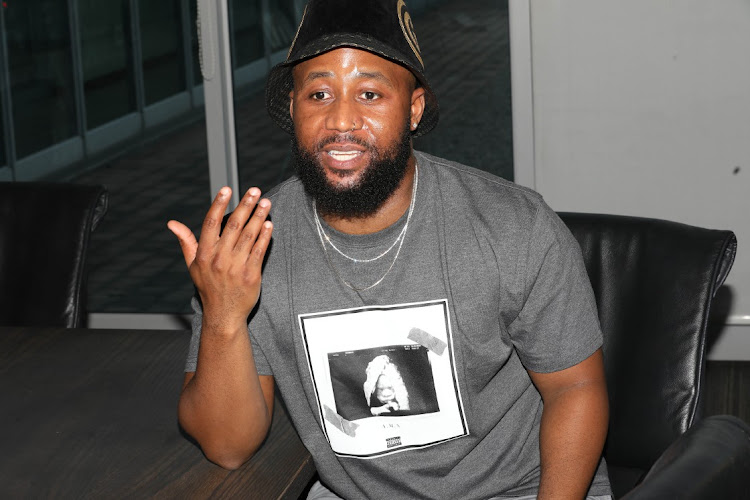 Media personality Sizwe Dhlomo has taken time out to give rapper and businessman Cassper Nyovest his flowers after his recent, successful moves in music and other spheres of his career.

The Kaya FM personality joined many South Africans who praised the rapper for successfully transitioning into the amapiano genre and more so for his latest business move and sneaker collaboration with local brand, Drip Footwear.

“Cassper has played the game to perfection! Never set a foot wrong! There’s something in that dome,” Sizwe tweeted.

Cassper has played the game to perfection! 👌🏽 Never set a foot wrong! There’s something in that dome. 😜

DJ Warras, who has been in the industry long enough to watch Cassper's come up, echoed Sizwe's words and said he wasn't surprised at all that Cassper was where he is today.

The DJ said even when Cassper still sported a ponytail, long before filling up the dome became a reality, the rapper already had a vision and both he and his team were running with it at full speed.

“Before the Dome — the guy had a vision. I remember speaking to him and T-Lee in Bloem. At Cubana ... gushes he was 1 month old. And the plan was already constructed. And here we are. Take a Bow Nyovi” he tweeted.

Before the Dome - the guy had a vision. I remember speaking to him and T-Lee in Bloem. At Cubana … gushes he was 1 month old. And the plan was already constructed. @casspernyovest - and here we are. 👏🏽👏🏽👏🏽 Take a Bow Nyovi👊🏽 https://t.co/hL6CWBf0DI

In his latest money move to head closer to his aspiration to become SA's first rapper billionaire, Cassper entered into a collaboration and launched two pairs of sneakers with Mzansi footwear company Drip Footwear.

The sneakers were sold out just hours after they were launched.

Unveiling the sneakers called Root Of Fame in a virtual launch on July 8, Cassper spoke about the details of the deal brokered with Lekau and why he chose the name for the sneakers.

“At the beginning of lockdown, I found myself at home, feeling useless as I was stuck in my house and I was in the weirdest place. I used to be celebrated everywhere I go and get paid to show up at venues. Now I'm stuck in my house with no fans, just family.

“My fame didn’t matter. For the first time in my life it was useless. I then asked myself how I can package this fame and sell it. I had to make a product that not only is associated with my name but also gives people a taste of how it feels to be me. I had to dig deep into the roots, hence the name ‘Root Of Fame’," Cassper shared.

The Cassper sneakers sold out just a few hours after their launch!
TshisaLIVE
10 months ago

Cassper Nyovest speaks on learning to accept the unchangeable

"Cassper Nyovest is that student in class who's good in all subjects" - Mzansi.
TshisaLIVE
10 months ago