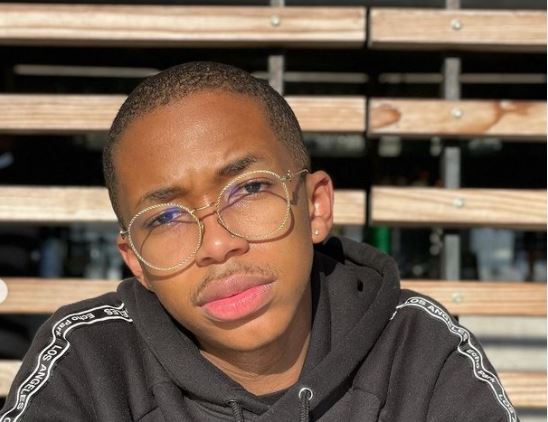 Lasizwe is giving the people what they want on his new exclusive to YouTube show.
Image: Instagram/Lasizwe

Reality TV star and content creator Lasizwe has set out to give the people what they want by getting their faves to spill some of their dirtiest secrets for Mzansi's entertainment.

Lasizwe teased with a video from his upcoming, exclusive to YouTube show Drink or Tell The Truth!  Even though he tried to avoid oversharing, Lasizwe admitted that some of the secrets spilt on his show left him shook.

“I was shook half the time we shot this show. I just couldn't believe some of the things I was hearing — like Zodwa dropped files on Zahara, a huge exclusive. People will be shocked when they hear the full story.

After sharing the teaser, both Zodwa and Zahara shot to the Twitter trends list as people dragged Zodwa for calling Zahara a b*tch.

In the video, Zodwa can be heard saying, “Zahara ... I hate her!” Lasizwe follows up asking for the reason, to which Zodwa responds, “She's a b*tch”

The show, which is a spin on the party game “truth or dare”, was actually inspired by James Corden's show Spill Your Guts.

Lasizwe said he knew the show would do well because we are living in an era where celebs are getting comfortable with sharing their truth with the fans and the fans were living for that type of content.

“In SA, the norm was to shy away from the truth, especially where celebs are involved. But on this show, our celebs kind of face the music and tell their truth without shame.”

Watch the teaser to the much anticipated show below:

Lasizwe also revealed that the reason he didn't want to pitch the show to a TV channel was partly because he wanted freedom to do things his own way. He added that as a young entertainer he had learnt from the mistakes of veteran entertainers the value of owning the content you create.

“I choose to home this show on YouTube as opposed to TV because when you usually don't have autonomy and you end up not owning your content. They will tell you how you need to curate it and stuff like that ... we didn't want that for this show. This show was created and executed by young people and they created magic.

“I always think about V-Mash of Jam Alley fame — may her soul rest in peace — and her story. She fought till the end about how everyone but her was still benefiting from the variety show's re-runs. She wasn't making any revenue for it and she was broke, not getting a cent from the broadcaster when she made the show. She put her heart and soul into it. I said to myself, I never want to find myself in the same boat ..." he said.

The show is without sponsors at the moment but they have five episodes so far, which Lasizwe is sure will take off because of one key element — fun.

Catch the first episode of Lasizwe's show on his YouTube channel on Friday, July 23.

Lasizwe has dished out more opinion and analysis on finding love.
TshisaLIVE
2 months ago

"We are a society that has nothing to lose," noted Ayanda Borotho after explaining that nothing is black and white.
TshisaLIVE
3 weeks ago

Lasizwe says corruption has made people doubtful of good intentions

The war on corruption continues, even among SA's celebs.
TshisaLIVE
3 months ago

Lasizwe met his new bae at the club and they've been in love ever since.
TshisaLIVE
5 months ago