“The pandemic was already bad then we had a really bad car accident where someone actually died, ” one part of the duo says in the video teaser. 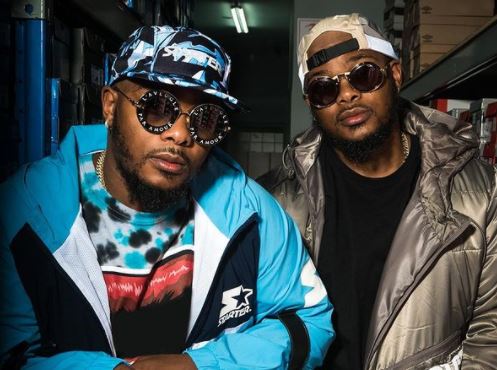 Fans of the Major League duo are buzzing with excitement after the DJs announced that they would be giving fans a front-row seat into their lives as they take amapiano to the world through a reality TV show.

In a statement sent to TshisaLIVE, MTV Base has announced the launch of an exciting new reality show that will follow the personal lives of the Major League DJs, one of Africa's most popular music duos.

On Inside Life: Major League, fans will see Bandile and Banele like they have never seen them before as they give audiences an exclusive and intimate look inside their lives.

MTV Base Culture Squad Sensation Uncle Vinny will also be starring in this season of the reality show.

The music duo has recently pivoted their sound to amapiano and have been taking it across SA and beyond. Together with their famous Balcony Mixes, the duo has done an excellent job of packaging the amapiano as well as party culture of SA.

In addition to the electric nightlife, fans will also get a look into the twins' personal lives, including a bad car accident they had where a person allegedly died.

“The pandemic was already bad then we had a  really bad car accident where someone actually died,” one part of the duo says in the video teaser.

The show will also feature cameos from some of Major League’s notable celebrity friends.

Inside Life: Major League premieres exclusively on MTV Base (DStv channel 322) at 9.30pm on Aug. 19.

Banele believes sport, arts and culture minister Nathi Mthethwa could do more for the entertainment industry.
TshisaLIVE
6 months ago

Newsflash!: Bonang and Sizwe Dhlomo aren't an item and if they were... B* won't tell you!
TshisaLIVE
6 months ago

"bring a celebration to any occasion" House of BNG know how to throw a party!
TshisaLIVE
9 months ago

'This is school, let’s not forget that': Major League DJz weigh in on huge hair debate

'She must go home and change that hair .. it's way too long. Secondly, change her skirt. This is school. Let’s not forget that'
TshisaLIVE
1 year ago