Muthaland Entertainment boss says he won't take the accusations made about him lightly. 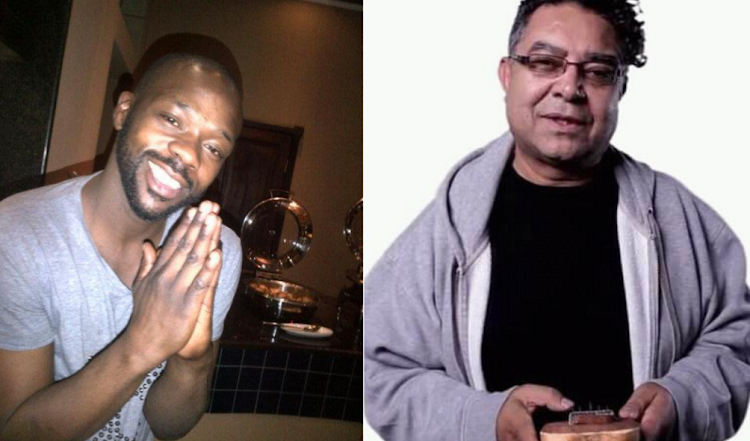 Bongani Fassie's accusations made on his reality show have landed him in hot water with Lance Stehr.
Image: Twitter

Speaking to TshisaLIVE, Lance said he was disappointed by the false accusations made about him on the show and was planning on taking legal action against the son of the late Brenda Fassie and the Moja Love channel.

“It's a complete fabrication to try to get ratings for a TV show. And it's very sad that he had to stoop so low and we are obviously taking legal action against him and Moja Love,” he said.

“He did the same thing when he did his song Stretcher, where he tried to gain fame by rapping about other people and how he was going to put them on a stretcher, it's no different from that at all ... it's just very sad but it will be sorted out ... I have no intentions to speak to him,” Lance added.

The long-standing feud between Bongani and Lance has been documented in SA media since before the demise of Jozi and in the episode, Bongani alleged that Lance played a huge role in breaking the musical group apart.

In his comment to TshisaLIVE, the record label owner said he had always been against his artists taking drugs and made it a point to speak up about it.

“I have been fighting drugs for 35 years in this industry. We've been doing anti-drug tours. You cannot run a label and be around for 30 years, producing some of the biggest artists in the country by advocating them to do drugs. That is the most stupid and unrealistic thing. It doesn't work like that at all, drugs are actually the enemy of record labels,” he said

The group’s record label boss, Ghetto Ruff’s Lance Stehr, announced way back in April that the group was back together and going to release a new ...
TshisaLIVE
3 years ago

Singer Ishmael Morabe - who was also a part of Jozi - defended Lance, saying that the allegations were not true because Lance had once helped him overcome his addiction to cocaine.

In a video on Instagram, Ishmael said after the Jozi group split, Lance took him to rehab for four weeks.

“I was keeping it to myself and hiding it ... I needed help and I didn't know what to do. When it got a bit too much for me I felt like the only person who could help me, to take me to rehab, was Lance ... he also had suspected it before and I denied it a few times but eventually, I realised that it's destroying me and I went to him for help,” Ishmael told TshisaLIVE.

The Roba Letheka hitmaker said he was grateful for that intervention.

“I went a bit crazy with cocaine ... and when I went to rehab I realised that I had an alcohol problem. They made me aware that alcohol is a problem as well ... I still take alcohol now but in proper doses. Drug wise I have been clean for 10 years plus,” he added.

Listen to Ishmael's video below:

TshisaLIVE has reached out to Moja Love for comment and this article will be updated should they respond.

“Upon deep reflection, I now realise how unjust and uncalled for my actions were, and I would like to use this opportunity to apologise ...
TshisaLIVE
1 year ago

M-Net has confirmed 'Real Housewives Of Johannesburg' has been 'discontinued'.
TshisaLIVE
1 year ago