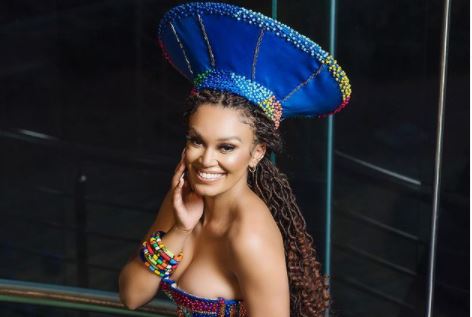 Media personality Pearl Thusi has hit back at the DA after allegedly receiving an SMS as part of the political party's campaign.

Using Twitter to call out the party, the star wrote a scathing tweet to the opposition party DA after receiving one of its campaign messages.

With a history of upsetting citizens with messages “aggressively” marketing the campaign, Pearl wasn't too pleased with the latest update from the political party.

According to the Queen Sono star, she received a message from the DA and wants to unsubscribe from its communication.

“Hi DA — I have no clue where you got my number from but can you please stop texting me,” said Pearl.

Hi @Our_DA - I have no clue where you got my number from but can you please stop texting me.

DA chief whip in the Gauteng Provincial Legislature Michael Moriarty responded to the actress, saying that if she had indeed received a message from the party she could request for the services to be cancelled, as according to the POPI Act.

“Hi. We use the voters roll. POPIA permits parties to do this. If the text did indeed come from us you can reply STOP and you won’t get further texts from us. Regards, Mike.”

Hi. We use the voters roll. POPIA permits parties to do this. If the text did indeed come from us you can reply STOP and you won’t get further texts from us. Regards, Mike

This led to much discussion under the tweet, with many complaining about the DA's messages that they have received in the past.

Thanks for letting us know that DA is texting you. Now, call them in private and bid then farewell. pic.twitter.com/Bk1s7IyJ0v

Better than Afriforum... those guys don't let up

I hear your pain.Your emotions and feelings are Valid. I am sorry that @Our_DA keeps on Texting you.

I am here if you need a shoulder to cry on 🤎.

Pearl often gets political on the TL, and isn't afraid to share her thoughts on SA's political climate.

After former president Jacob Zuma was arrested earlier this month, much of Twitter was abuzz about politics in the land. Taking to Twitter in a discussion, Pearl defended the ANC.

The actress said she believes that the political party came into power and took over a system that was broken to begin with. After years of discrimination, Pearl says that was a hard fix. She added though, that she's not disputing that the ruling party could be doing better.

“Stop it. The ANC have their faults but they inherited a broken system. It’s hard to fix decades of torture and discrimination. They could be doing better but you need to relax,” wrote Pearl.

Actress Pearl Thusi says she's healed and has a new approach to how she handles herself on social media, so petty insults don't hurt her anymore.
TshisaLIVE
6 months ago

Pearl Thusi has shared what she loves about the former president.
TshisaLIVE
6 months ago