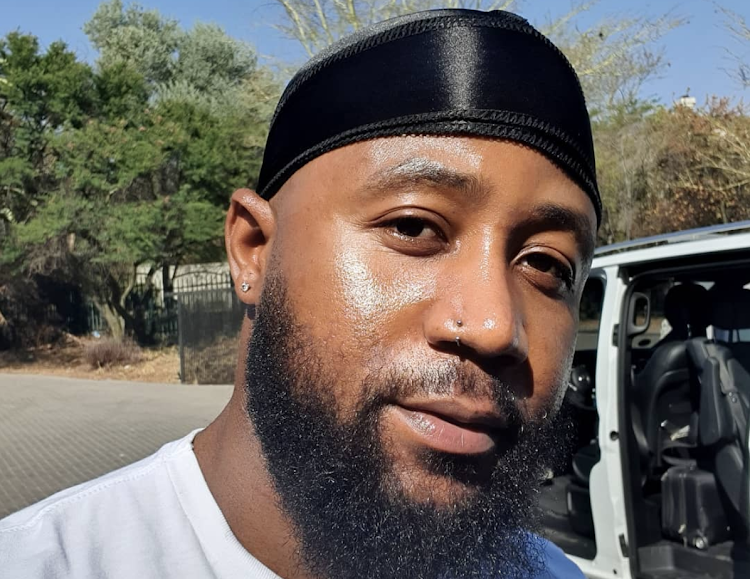 Mufasa dropped fresh hits for his most dedicated fans in the early hours of the morning.
Image: Instagram/Cassper Nyovest

Rapper and aspiring billionaire Cassper Nyovest gave fans a sneak peek at his latest amapiano masterpieces since Siyathandana and fans are excited to see Cassper flourish on the beat with American artist Ne-Yo.

Though it may have seemed like a controversial move at first, Cass is making waves not just in hip-hop but in SA's very own amapiano which he now calls home.

Mufasa took to Instagram in a live video to connect with his fans while working on killer tracks. Seemingly in the studio with his usual amapiano partner in crime Abidoza, the star played for fans some exclusive — never heard before tracks — in the early AMs.

Singer Boohle also appears to be another amapiano sensation joining forces with Cassper once more, while the Kamo Mphela feature really caught the attention of piano lovers.

However, what really took fans aback was the star revealing that Miss Independent hitmaker Ne-Yo's vocals will be featured on one of his tracks.

Check out the video below:

After taking in the tracks Cassper dropped, fans took to Twitter with their verdicts on Cassper's boss music moves.

Devoted stans were more than ecstatic to know that the pandemic hasn't slowed down Cassper's creative juices and giving fans just what they want, leading to Cassper topping the trending charts.

His stans also noted how he's making headway in becoming a pioneer of piano beats as these latest tracks are a fresh, new take on the genre. He was also praised for getting a US artist to feature on a SA-born genre.

Here are some of the responses from fans:

@casspernyovest & @Abidoza_SA Gave us the best live on Instagram pic.twitter.com/ORKPqZ9Z6o

Last night was 🔥 on Instagram! Can @casspernyovest release these bangers 😩🔥💃 pic.twitter.com/vPXhlPVUKQ

Yhooo that track ya @casspernyovest and Kamo on his Live !!🔥🔥🔥🔥😭😭😭plis I somer wanna go out now 🤣🤣he must release the song man

That Neyo song is another number 1

Some of the hottest names in the amapiano world have already had the honour of working with Cassper on his amapiano album Sweet And Short 2.0.

Speaking to TshisaLIVE about her rise to fame, artist Boohle — real name Buhle Manyathi — said that she had been sending the rapper direct messages on social media for as long as she can remember, which led her to score a feature on the star's album.

“I kept sending direct messages to him.

“I got a call asking for a studio session so when I got to the location I realised that it’s Cassper’s house. I was so honoured that he was the one who called me to come to the studio because he had a beat for me,” she said.

Cassper Nyovest revealed that his new shoe line in collaboration with Drip is selling very well despite the negative comments made about the shoe on ...
TshisaLIVE
2 months ago

Khotso gives his papa joy and it's clear to see!
TshisaLIVE
2 months ago