Comparison between Sho Madjozi and Makhadzi has Mzansi wrangling about colourism 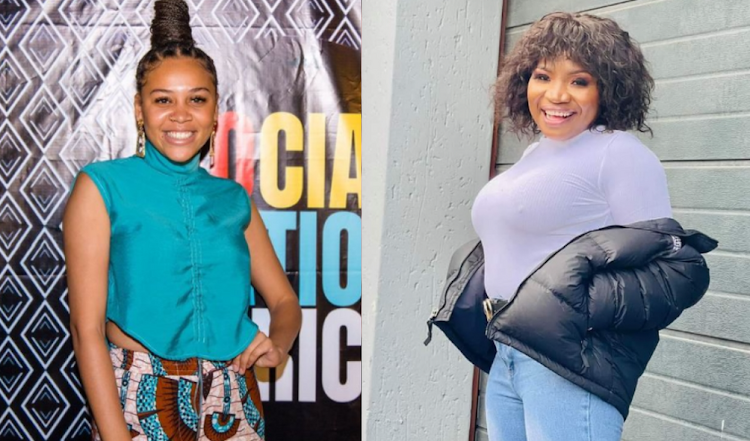 Musicians Sho Madjozi and Makhadzi topped the Twitter trends after tweeps began comparing them and how the complexion of their skin and how they look may have affected their careers.

A Twitter user kicked things off when she equated Sho's successful musical career to "light-skin privilege" and alluded that Makhadzi was overlooked because she has dark skin.

“Convinced Sh* M*djozi did so well in such a short space of time because she was light skinned. This lady makes good music, works hard and is a star but we know why she’s so overlooked,” said the tweep, sparking a heated debate on the TL.

While some agreed with the Twitter user's statement, others argued that skin had nothing to do with how far they've come in their careers.

“Makhadzi is overlooked cause she not light skinned like Sho Madjozi” 💀💀💀 Brenda Fassie? That lady pulled numbers with her dark skin. There was nothing anyone nor the industry could do to dim her light. I’d give anything to have her alive. Busiswa light skinned? 🤷🏽‍♀️

You know very well colourism is a thing and you know what it translates to.
Just because you refuse to acknowledge it don't mean it's not true.

I think that is the difference: Team. Luckily she has hopefully learnt this hard lesson before her prime. She can still surrounding herself with a team that that help her make killer strategic moves & do the groundwork for her brand that she can't do on her own.

TshisaLIVE was not able to get comment about the debate from either Makhadzi or Sho Madjozi by the time of publishing this article.

However, Sho Madjozi has previously weighed in on a similar debate.

In a series of tweets posted in 2019, the John Cena hitmaker said though she is aware that colourism exists, her success was purely because she works hard and not because of society's beauty standards.

“I work harder than anyone I know,” she wrote.

“I can't be expected to stop being great because colourism exists. But I can try to use my platform to speak out against colourism, I MUST speak out when I see people being treated unfairly because of colour and I can try to amplify the voices of talented dark skinned women,” she added.

The real problem is that women are valued more when they are considered attractive to men.

I cant be expected to stop being great because colorism exists. But I can try to use my platform to speak out against colorism, I MUST speak out when I see people being treated unfairly because of color and I can try to amplify the voices of talented dark skinned women.

Pearl Thusi: 'They never use skin colour to discredit men when comparing them'

Pearl is sick of women being pitted against each other, especially when it comes to skin colour!
TshisaLIVE
1 year ago

'Too dark': Get it out of your vocab, says Busiswa on colourism

Busiswa had to get some facts straight, real quick
TshisaLIVE
1 year ago

Others claimed she was an actress getting into a role and denied that she was wearing black face.
TshisaLIVE
2 years ago