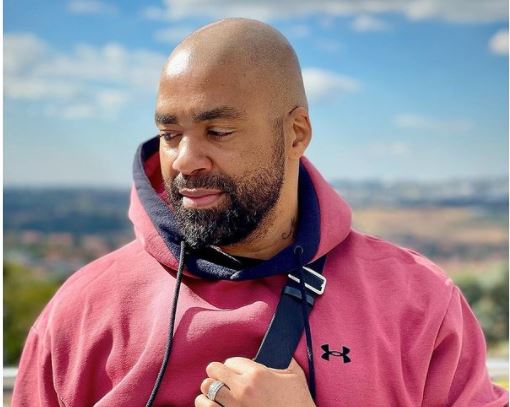 The late actor, producer and media mogul Shona Ferguson played a lot of real life roles in the lives of people that lived and worked closely with him but for his 1.5-million Instagram followers, they got to connect with him through his consistent motivational talks.

Shona died on Friday afternoon at the Milpark private hospital in Johannesburg from Covid-19-related complications.

Something that fans will surely miss, in addition to the Bible verses and stunning snaps he posted almost daily, are the pep talks and motivational speeches he used to give.

Over the years, the actor has shared the lessons life has taught him, his wisdom, advice and motivational quotes on social media, hoping to inspire his followers.

Below are some of the recent pearls of wisdom he dropped that his fans will surely cherish:

“I’m NOT for everyone and not everyone is for me.”

While reflecting on his journey as an actor, Shona shared one of the most important lessons he'd learnt in the industry and in life. He told his followers that life and experience had taught him that he's not everyone's cup of tea and he was OK with that fact.

Shona encouraged those looking at him for motivation to adopt the notion and understand that not everyone will like them and that's part of life.

In one of his IG posts, Mr Sho had some wise words for men. He advised them to do better by the women in their lives and told them women deserved everything he mentioned and more.

In a post dedicated to helping his followers always prioritise their inner peace, Mr Sho shared how he dealt with people that threatened to take his peace away, saying, “The level of inner peace I have found is extremely dangerous because anything or anyone that disturbs it, is gone.

“Gossiping is toxic and harmful.”

Shona was not a fan of gossipers or the people who tolerate gossip and he didn't mince his words when he addressed them one fateful day on social media. The actor warned his followers that the act of gossiping was dangerous and harmful.

He explained that they would encounter “a lot of people who are full of frustration, anger and disappointment and as soon as their negativity keeps on mounting, they look for a place to dump it”.

“If you let them, they’ll dump it on you. So stay away from such kind of negative people,” he said.

“As black people, we never hold each other accountable ..."

Shona once took to his Instagram to get something off his chest.

In the a 15-minute video, the Rockville actor dished out some words of wisdom about how black people don't hold each other accountable and how ignoring the wrongdoings of others was actually detrimental to them.

“As black people, we never hold each other accountable, it has become so easy for us to blame someone for something. We allow certain things to happen within ourselves and our circles that we shouldn't. The first thing, we never call each other out when we brutally and blatantly go out of our way to pull down and destroy another successful person.”

'Our hearts break for Connie' — Tributes pour in for Shona Ferguson

Bonang Matheba, Minnie Dlamini and other celebrities share their tributes to actor Shona Ferguson after he dies from Covid-19 complications.
TshisaLIVE
3 months ago

The 47 year-old actor died from Covid-19 complications.
TshisaLIVE
3 months ago

‘This is how you change the world’: SA elated about Fergusons opening a film school

Ferguson Films is owned by Shona and his wife Connie. Both are veteran actors and the brains behind several hit productions, including 'Rockville', ...
TshisaLIVE
4 months ago