‘Blade Nzimande has just written a film called The Insurrection. It’s a dramatic script which is not well researched and has no actors’ 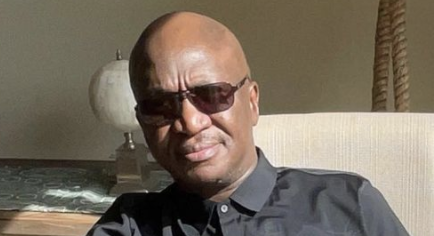 Hotel Rwanda actor and former EFF MP Fana Mokoena has taken to social media to call out higher education, science and technology minister Blade Nzimande after the 100th anniversary of the SACP.

Speaking at a webinar to celebrate the party’s 100th founding anniversary with a special message, general secretary Nzimande tore into the anti-President Cyril Ramaphosa faction in the ANC calling itself the RET forces.

He said this grouping, which supports former president Jacob Zuma and his allies, including suspended ANC secretary-general Ace Magashule, has tainted and turned dirty a noble conference resolution.

The ANC conference resolution calling for radical economic transformation has been so vulgarised by a certain grouping that the governing party ...
Politics
1 year ago

Though he wasn’t directly taking aim at his comments, the Scandal! actor took to Twitter to call out the SACP and Blade.

Fana believes the SACP claims to have risen up against the system are all in the imagination of the politician’s head and had no real life impact.

“Blade Nzimande has just written a film called The Insurrection. It’s a dramatic script which is not well researched and has no actors. In short, it’s a creative intsomi of epic proportions he played in his own mind and shared with his colleagues at the SACP,” wrote Fana.

Blade Nzimande has just written a film called ‘The Insurrection’. It’s a dramatic script which is not well researched and has no actors. In short, it’s a creative intsomi of epic proportions he played in his own mind and shared with his colleagues at the SACP.

This led to much discussion under the tweet, with many fans expressing their opinions of SA’s leadership.

Blade is a headless chicken🤣 pic.twitter.com/JexZWfONrW

Blade uyinhlekisa nje n is turning SACP a joke. Question is who are they gonna support next just for stomach

The question still remains.Where was Blade in 80s

Blade was late for the rehearsal, so he's not aware that the film is a failed project, even the director (Rama) abandoned it, he thought his angle was better researched. Anyway I don't expect Blade to know what an insurrection is, he's from the IFP!

Amazing how a cabinet minister can speak of imaginery ppl who wanted to block N3, shut the habour bomb power stations, cut off fuel pipelines..etc...with absolutely no proof and no arrests linked to what he is saying...Nollywood stuff indeed!!

The actor-turned-politician isn’t afraid to share his thoughts on the TL with fans.

Earlier this year the ANC held an NEC meeting to discuss several issues including the state of the organisation, the step-aside resolution, the fate of Magashule and the local government elections.

In series of tweets, Mokoena claimed the ANC was plundering SA through corruption.

“The ANC is responsible for the current demise of the country: unemployment, declining economy, non-transformation in education, business and so on,” he said.

Liseko investment says it has no links to Aspen, threatens legal action

The company said it holds no direct or indirect interest in the business, operations or strategy of Aspen Pharmacare and "averments to the contrary ...
News
1 year ago

Meet The Kubekas: Fana Mokoena, Slindile Nodangala and other faves to join 'Scandal!'

There's a new family in 'Scandal!' and it's about to get LIT!
TshisaLIVE
1 year ago

"The creative economy has suffered the most and the longest under lockdown restrictions," Fana claimed.
TshisaLIVE
1 year ago