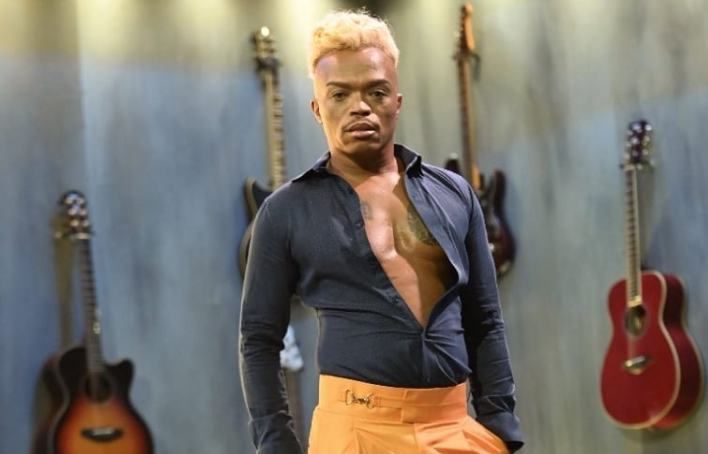 Somizi Mhlongo won't be on Metro FM for an unspecified period of time.
Image: Instagram/ Somizi

Idols SA judge and media personality Somizi Mhlongo is stepping away from the Metro FM mic amid claims he allegedly abused his “estranged” husband Mohale.

Sunday World reported that Mohale allegedly made the claims in an interview with producers of the reality show Living the Dream with Somizi. Somizi’s management told TshisaLIVE it was aware of the allegations.

As calls for the star to address the claims mounted, the SABC said Somizi had met with his Metro FM bosses and requested time off.

“The SABC can confirm Metro FM management met with Mr Somizi Mhlongo and he has requested to take some time off from work. Management has granted Mr Mhlongo permission to do so.”

It also distanced itself from the allegations against Somizi.

“The corporation has noted the comments on social media about Mr Mhlongo and we would like to point out that the public service broadcaster does not condone any acts of abuse and violence”.

On the weekend Somizi said he had referred the matter to his lawyers.

“Mr Somizi Mhlongo has become aware of allegations allegedly made against him by his estranged husband, Mr Mohale Motaung, published in the Sunday World newspaper on August 1 2021. Given the severity of the allegations, Mr Mhlongo has referred the matter to his legal team who are best equipped to handle the matter moving forward.

“No further comment will be given until such a time deemed necessary by his legal representatives,” read the statement.

Attempts by TshisaLIVE to get comment from Mohale were unsuccessful at the time of publishing this story. Any comment will be included once received.

Somizi says he has heard about the allegations levelled against him by 'estranged' husband Mohale-Motaung.
TshisaLIVE
1 year ago

'We hear you! We have been seeing your pain, your sad eyes tell a story.'
TshisaLIVE
1 year ago

A video of Somizi Mhlongo claiming that he was told about the lockdown extension went viral just hours before President Cyril Ramaphosa's ...
TshisaLIVE
2 years ago