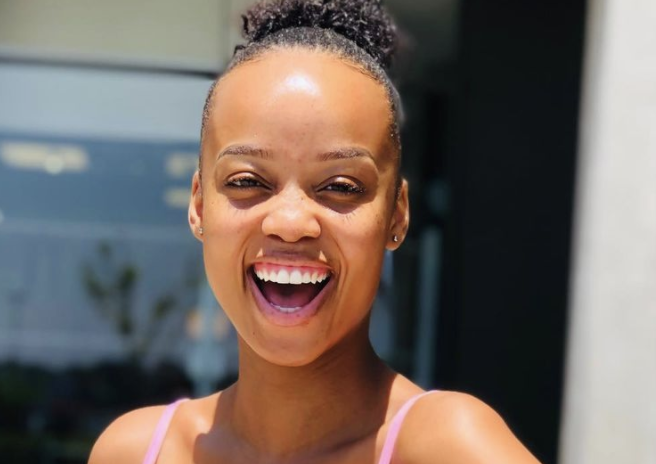 Actress Ntando Duma has shut down criticism of her attire while attending actor and producer Shona Ferguson's funeral, saying she doesn't have time for the critics.

The former The Queen actress was spotted at Shona's funeral on Wednesday.

She shared snaps taken at the funeral, where the star was seen wearing a leather jacket, a skirt, stockings, boots and black head-to-toe.

However, one user took to Twitter to criticise the star's skirt, saying it was “too short” for a funeral and Ntando should have worn something more “fitting of a lady”.

Not taking the criticism lying down, Ntando said it wasn't the day for anyone to come for her. She also asked the tweep if they aren't tired of always finding something to pick on.

“Anikhathali ne? Not today Madam. Try someone else,” said Ntando.

After joining Mansi Magic's The Queen last year, Ntando reached the end of the road with the show just last month.

The actress portrayed the role of Mpho Sebata and her exit was marked by her death at the hands of the Khozas. Taking to Instagram, Ntando thanked her fans for their support.

“Thank you to everyone who has supported and shown me, love, throughout this amazing journey on The Queen while playing the character of Mpho Sebata. My deepest gratitude to Mr Sho, Mama Connie, and the entire Ferguson Films team for the opportunity granted and for the trust they had placed in me in portraying this character,” she wrote.

Speaking on her time spent working with Ferguson Films, Ntando cited it as a positive and joyful environment to work in.

“What a magnificent experience! What a true blessing to work in such a positive and joyful environment and its entire team too. To the cast, the crew, and my remarkable fellow actors, Ngiyabonga (thank you)!" she said.

After the criticism levelled against her, Ntando's fans came to her defence and told her to ignore the mess.

Leave the haters alone wena sweetie. You were stunning pic.twitter.com/5lc08WyZOE

But the skirt is okay...

There is nothing wrong with the outfit, you are wearing stockings nje. Umntu benothula sometimes.🙄

Hayhi guys leave Ntando alone.. she is trying to heal she cant be dealing with hate now please guys

WATCH | 3 spiciest moments from Ntando Duma’s episode of ‘Drink or Tell The Truth!’

"This is the right time for us to love each other, to take care of each other and to unite," said the cute bundle of joy.
TshisaLIVE
6 months ago

Actress Ntando Duma reflects on her journey after exiting 'The Queen'

Ntando Duma has a new acting gig with Netflix.
TshisaLIVE
6 months ago