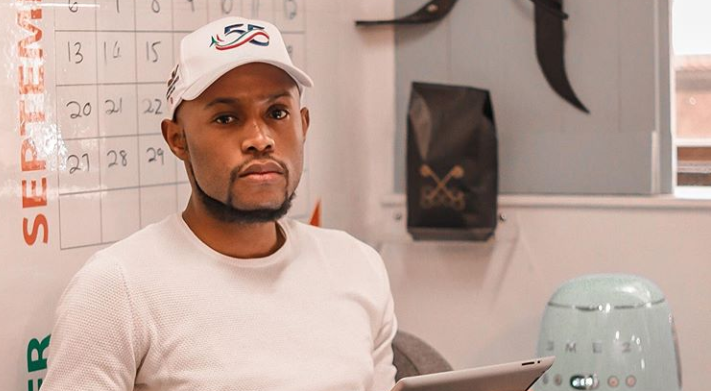 Mohale Motaung has released a statement in response to his estranged husband Somizi Mhlongo dismissing allegations of abuse.

Taking to Twitter on Saturday, Mohale broke his silence saying that they were in the process of getting a divorce and did not want his private marital issues splattered in public.

“In response to the news circulating pertaining to the material details about issues within my marriage as well as the recent statement by my estranged husband, I wish to confirm that we are indeed in the process of a divorce.” read the statement.

“I wish to make it clear that it has never been my intention to have the private details of my marriage exposed in the public nor will it ever be my intention to cause disrepute to his image. While I maintained silence in the hopes of an amicable dissolution of our marriage, recent developments compel me to make the following assertions. In these conversations I was laying a case to reason why I would not want the details of our divorce to be used in the upcoming season of the reality show.”

Mohale added that he did not want to reveal his private matters until he was ready.

“I never imagined that my turmoil would be exploited in this manner. Since the release of the conversations I find myself stripped to my agency and the right I had previously reserved to tell my story, when I was ready.”

Sunday World reported Mohale had allegedly said in an audio recording with one of the producers of Living the Dream with Somizi that he had been physically threatened.

Somizi released a statement on Friday to his 4.2-million Instagram followers, denying the allegations.

He has since been “given time off” as a judge on Idols SA and as a DJ on Metro FM.

“Our relationship has had its ups and downs but I have never been physically or knowingly emotionally abusive towards my estranged husband. I vehemently deny the allegations of criminal acts towards him and would like to clear my name of that defamation.”

Somizi claims he's never been abusive towards Mohale and added, "I am at this stage not at liberty to dive deeper into the details but can state that ...
TshisaLIVE
1 year ago

M-Net has issued a statement saying media personality Somizi Mhlongo’s role on 'Idols SA' has been put on ice as he deals with abuse allegations made ...
TshisaLIVE
1 year ago

As calls for the star to address the abuse claims mounted, the SABC said Somizi had met with his Metro FM bosses and requested time off.
TshisaLIVE
1 year ago