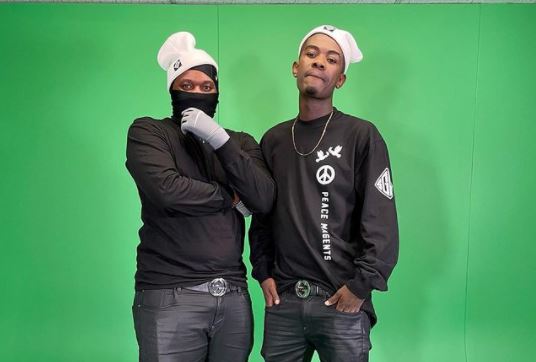 Sources confirmed to TshisaLIVE that the pair were involved in a fatal car accident, on their way to a gig.

Specific details about the deaths remain unclear at this stage.

Mpura came up recently during the rise and takeover of the amapiano genre, having been part of great collabos that gave Mzansi hits such as Umsebenzi Wethu.

Rapper Riky Rick took to his Instagram to bid farewell to Mpura, saying: “Rest In Peace our Mpura. You were the happiest person in every room, your spirit was what we needed in our lives, selfless, humble and loving. Love you so much my brother. Thank you for everything you did while you were still here. Gonna miss you so much bro. Im sorry your journey had to end like this. Condolences to the family and the friends, we loved you so much bro. Lala Kahle.”

The then 19-year-old musician, went viral after he uploaded a video with his song on the TL. DJ Euphonik spotted his talent on Twitter and took him under his wings. When Tholukuthi Hey became a viral hit, Killer Kau became one of the most seen faces on  TV and his deep voice one of the most heard on radio.

Tweets of people expressing their heartbreak have flooded the TL. Amapiano Mr JazziQ, Uncle Vinny and Lady Du are some of the artists that have tweeted tributes.

We have lost our brothers, unfortunately it turned out to be true that mpura and killer kau were involved in a car...

Despite being catapulted to instant success and having more money to his name, Killer Kau has shared with TshisaLIVE that he won't let fame get to ...
TshisaLIVE
4 years ago

Soon after the fuss over hit Tholukuthi Hey faded, people thought that Killer Kau would disappear. But the musician is adamant that he is here to ...
TshisaLIVE
4 years ago