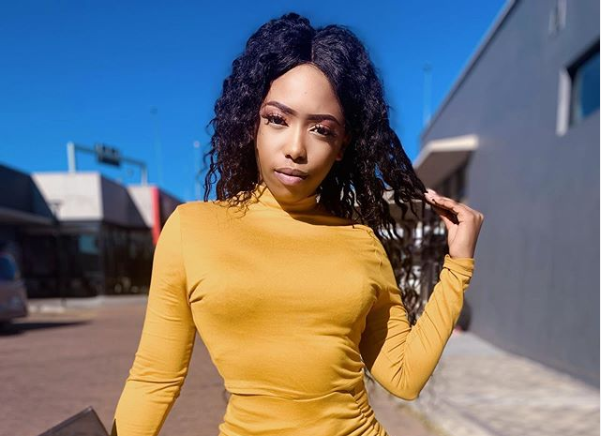 Rapper Gigi Lamayne got real about how the rap world has been more accepting of women but has a long way to go, considering the “male gatekeepers” still in existence.

From Queen Latifah to Cardi B, women have always been killing rap but have hardly been given the dues their male counterparts have received over the years.

Reflecting on the hip-hop/rap scene with TshisaLIVE, Slaap Tiger hitmaker Gigi said rap in SA is making way for the killer queens who have taken the rap game to the next level.

Listen to the full conversation below:

“I think it has evolved quite a lot. I think we are very supportive of each other. We’re finally being compared to the guys in the industry.

“If you look at the SA Music Awards this year, we had two women competing in the same category (Nadia Nakai and Boity). Ten years ago that wouldn’t have been the case. It’s nice to see women active in the industry instead of passive people who are in the videos, making things look nice and modelling about.

“It’s nice to see that we finally have a space in the industry that we have created for ourselves.”

Gigi called out the gatekeepers, or those who believe they are the authorities in rap.

She came for men, saying they will only consider a female rapper if they can benefit.

“People believe women should be placed in certain boxes, and within those boxes there is a way you should act. It is almost as if you can’t become this new age thinker. You have to do what everyone has been doing, which is not realistic.

“Gatekeepers remain male. I guess it is a biological thing where males will put each other first unless they believe they can benefit from a female act, Gigi said.

The rapper said when women speak out and use their music as a means to promote their activism, they often experience a backlash if it doesn’t fit the “male agenda”.

“Hip-hop has been used as a tool in terms of activism. I think for a lot of misogynists, it is hard to accept that a woman within hip-hop has a way of expressing a lack of happiness within society. I think it becomes even worse. When you’re a female and you’ve got something to say, it doesn’t suit the male agenda,” she said.

Reflecting on gender-based violence (GBV) and Women’s Month, the star said women need to put their differences aside and come together to fight the real problem: men.

“For the past two years, GBV has been a big talking point. Not just for SA but for the world. It’s time to reflect on what the issues are. I’ve always said its very easy to blame the women but let’s try, as women, to focus on the source, which is men.

“Women are the backbone of society. Without us, society wouldn’t function.”

"I always listened to Mi Casa growing up, so getting to work with them is absolutely amazing for me."
TshisaLIVE
11 months ago

"He bumps my car, shouts at me to intimidate me. When that doesn’t work he repeatedly puts his hands on me," said Unathi.
TshisaLIVE
9 months ago

"My lowest low in the industry was being signed and then sidelined by the label," says Gigi Lamayne.
TshisaLIVE
11 months ago