Even though we have the right to say no to vaccines, those with a platform should be encouraging others to put the public's safety first. 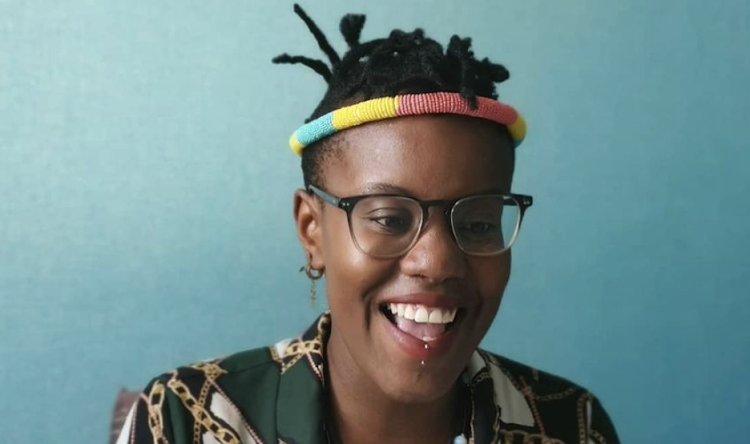 The 'vaccine passport' debate has been a chat among Mzansi fans.
Image: Instagram/Toya de Lazy

As the vaccine rollout successfully continues across SA and more people are being offered the jab, it’s no wonder our faves have been chatting about it and sharing their thoughts.

However, celebrities should be careful of spreading rhetoric that could be dangerous to the health of our fellow South Africans.

With 6-million doses of the coronavirus distributed across SA and nearly 3-million fully vaccinated people in SA, it looks like we are a long way away from SA being a vaccinated nation with many people still on the fence about getting vaccinated.

To possibly sway public opinion, big names in entertainment have shared their vaccination status and make their thoughts well known to the fans if they are #teamvaccine, #teamletssee or #teamhellnah.

Within sharing these opinions with their often impressionable fans, celebrities must remember not to share false information about the vaccine or create a rhetoric that doesn’t value the health of Mzansi’s people.

As over 35s have/are in the process of being vaccinated, many of the biggest names in entertainment have come forward to chat about their vaccination experience and other’s waging war on the possibility that we could be forced against our will to get the vaccine.

Singer Toya DeLazy recently took to Twitter to lambaste the government after catching wind of questions over whether the coronavirus vaccine is mandatory or not, the star said that it would be a crime against humanity to force people to get vaccinated, as people retain their personal rights in SA.

And Toya isn’t the only one who feels this hesitancy to the vaccine. A recent study in SA found that one in four participants felt apprehensive about getting the vaccine.

That’s fair, in a world where things feel like they are getting out of your control, being able to affirm yourself is important. The vaccine also has very concerning side-effects that have been seen across the globe in a handful of people. From aneurysms to death, these horror stories’ have been plastered across the news. Getting something foreign injected into your body is pretty scary for most people.

However, it is also worth noting that the science speaks for itself. So far, the most effective way we know to fight a virus is to vaccinate it. As in the past with polio, rubella, mumps, small pox, tuberculosis, we have found a successful way to protect ourselves with vaccines.

Which raises the question: Why is there so much hesitancy to do something that isn’t even a new concept to humanity?

It’s not like anti-vaccination rhetoric is a new phenomenon. After the infamous anti-vaccination activist Andrew Wakefield published an article claiming links between autism and vaccination, parents were alarmed to hear about this information leading to a global movement against vaccines. However, the former doctor’s findings were false, and he was subsequently struck off the medical register in the UK.

But even if all the information has been debunked, the seed of doubt was successfully planted. And to overcome that doubt a lot of education is necessary.

Vaccine phobia has always been an adjunct to modern science and medicine, writes Paula Andropoulos
Lifestyle
6 months ago

Toya is correct to a certain extent: as a human being, you have the right to deny the vaccine. You have every right to say no. However, there will be consequences to not being a vaccinated nation and even encouraging others to deny it.

The things is, vaccines are most effective at their job when we are all vaccinated. The controversial term that felt dehumanising to some — herd immunity- is how a vaccine works. And with millions not keen to get the jab, it is predicted that the virus will continue to mutate in SA as unvaccinated people will keep the virus alive and most likely result in unrelenting deaths. Because this is a matter of public health, and the public’s health needs to be considered before everything else.

So with the responsibility that comes with being a public figure with thousands of followers, Mzansi celebrities should really be encouraging people to do what’s best for the health and safety of the people. Even if it is not easy.

Many of our favourites have encouraged others to get vaccinated and have been met with backlash. DJ Tira recently said in a deleted tweet that this year’s Fact Durban Rocks festival would require proof that you have been vaccinated, leading to people being very upset that they will be forced to be vaccinated to attend a concert.

Fans felt their rights were being taken away, that DJ Tira’s “fascist” pushing of the vaccine was part of some hidden agenda. But the truth is, festivals are known for being what they call super-spreader events, thus it would be really irresponsible to allow hundreds of unvaccinated people to gather in one place.

When TshisaLIVE reached out to DJ Tira, he just believes that vaccines are a good thing for us and that no-one is being forced to do it. Though one technically would have to vaccinate to see the star, it’s only done in the name of safety.

“Vaccination is a good thing to do but no-one is forced to do it,” he said.

Get vaccinated. December is coming. pic.twitter.com/A2CWcbMxNi

We are trying to fight a virus that has already killed millions across the planet. Even if you don’t believe in the virus and how dangerous it can be, vaccines should be encouraged.

I understand that it’s important to discuss our personal rights and that we are allowed to say no to the vaccine. However, it is my humble opinion that even if you know that you have the right to say no, as a celebrated figure encouraging others to consider refusing the vaccine shouldn't be on your agenda. When the matter affects the public then it no longer becomes a matter of individual rights, as being a potential carrier means everyone around you is at risk.

OPINION | Musicians, what is so hard about having a contract for your collabs?

Royalties are destroying some loyalties as Mzansi artists feud over contractual concerns.
TshisaLIVE
4 months ago

"Dj Tira is starting to disrespect us," said one user.
TshisaLIVE
4 months ago