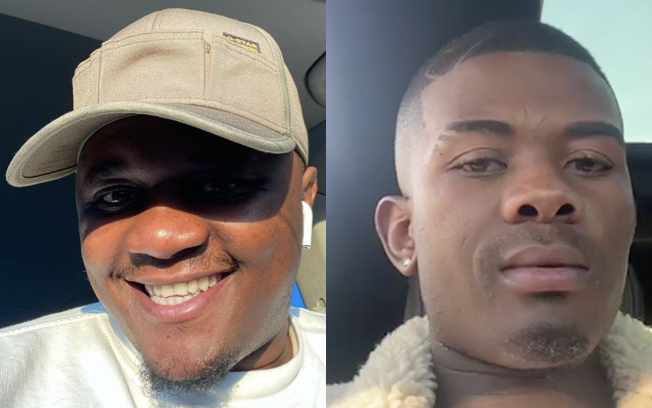 The police have opened an investigation into the deaths of six people, including amapiano's Mpura and Killer Kau.
Image: Instagram/Mpura x Killer Kau

Police have launched an investigation into alleged culpable homicide following the deaths of six people involved in a fatal car accident in Marikana which took the lives of musicians Mpura and Killer Kau.

In a statement to TshisaLIVE, department of transport, roads and community safety spokesperson Boitshoko Moremi said on August 7, six people died in a head-on collision on the N4 in Rustenburg near the Marikana toll gate.

“The department of community safety, roads and transport has confirmed the accident that claimed six lives on the N4.

“Our thoughts and prayers are with the families of the deceased and we hope they find strength during this difficult period. An investigation is under way to establish the cause of the accident. We are again appealing to people to adhere to the regulations as most accidents happen way past curfew time. Work with our law enforcement officials to ensure you arrive alive.”

Fans and celebs were left heartbroken after the news of Killer Kau and Mpura’s deaths topped the trending charts.

Sources confirmed to TshisaLIVE that the pair were involved in a fatal car accident on their way to a Rustenburg gig.

The accident also claimed the lives of upcoming artists Khanya “The Voice” Hadebe, DJ Thando Tot and TD, who were with the pair in the car.

Mpura shone bright recently during the rise of the amapiano genre, having been part of great collabs that gave Mzansi hits including Umsebenzi Wethu.

Lady Du took to Instagram to explain herself after the backlash, saying "We are not celebrities when when we lose our brothers". before breaking down ...
TshisaLIVE
5 months ago

After the deaths of Mpura and Killer Kau, Kabza had to shut down the rumour mill about his own alleged death.
TshisaLIVE
5 months ago