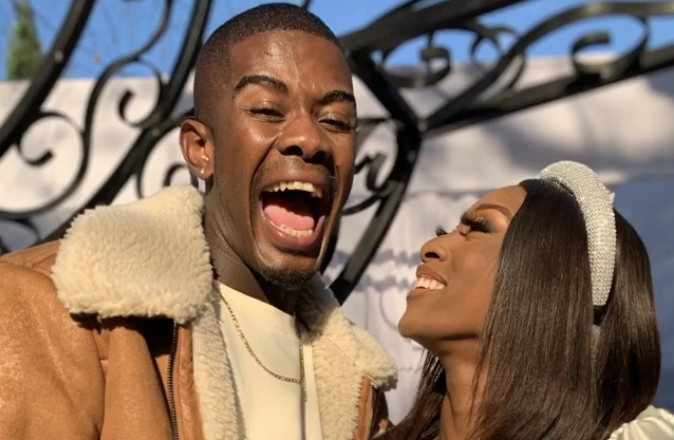 The heartbroken lover and girlfriend of amapiano sensation Killer Kau has paid tribute to him in a series of precious moments of the pair together, following his death.

Taking to Instagram, Olwethu Mkhwanazi, believed to be the girlfriend of Tholukuthi Hey hitmaker and member of the amapiano fraternity Killer Kau, posted a video of herself with the late artist.

The musician, along with fellow star Mpura, died in a car accident on August 7. The accident also claimed the lives of upcoming artists Khanya “The Voice” Hadebe, DJ Thando Tot and TD, who were with the pair in the car.

After the shocking news of their deaths, many took to social media to mourn and shared their heartbreak with others.

Killer Kau's girlfriend Olwethu took to social media with clips and snaps of the couple's cutest moments, with the emotional track I Miss You by Aaliyah playing in the background. Captioning the video, she said there was no greater pain than what she was feeling now after losing her “Sakhii”, as she affectionately calls him.

“There’s literally no greater pain, my heart has been ripped out of my chest. It didn’t have to be this soon kodwa Sakhii. I literally don’t have the words right now but I love you my ACE!” she wrote.

Watch some of the couple's sweetest moments:

The deaths of the young stars rocked Mzansi after fans learnt of the fatal crash on Monday.

In a statement to TshisaLIVE, department of transport, roads and community safety spokesperson Boitshoko Moremi said on August 7, six people died in a head-on collision on the N4 in Rustenburg near the Marikana toll gate.

“The department of community safety, roads and transport has confirmed the accident that claimed six lives on the N4.

“Our thoughts and prayers are with the families of the deceased and we hope they find strength during this difficult period. An investigation is under way to establish the cause of the accident. We are again appealing to people to adhere to the regulations as most accidents happen way past curfew time. Work with our law enforcement officials to ensure you arrive alive.”

Police have launched an investigation into an alleged culpable homicide.

Police have launched an investigation into alleged culpable homicide following the deaths of six people involved in a fatal car accident in Marikana ...
TshisaLIVE
5 months ago

Lady Du took to Instagram to explain herself after the backlash, saying "We are not celebrities when when we lose our brothers". before breaking down ...
TshisaLIVE
5 months ago