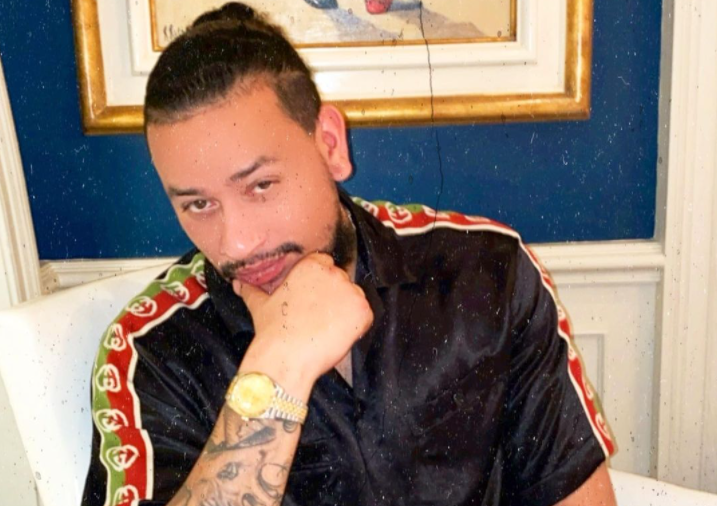 AKA's legal team serve the SABC letter's of demand for the braai show.
Image: Instagram/ AKA

Rapper AKA's legal team has served the SABC with a cease and desist letter after its announcement that The Braai Show was set to air in the first week of September.

“The SABC can confirm receipt of the letter from AKA's legal team and we will deal with this matter accordingly,” the SABC's group executive for corporate affairs and marketing, Gugu Ntuli, told TshisaLIVE.

This after SABC1 announced Cassper Nyovest as the new host of The Braai Show for the second season.

“SABC1 is pleased to announce the return of the popular cooking show, #TheBraaiShow with a brand new host in multi-award-winning rapper Cassper Nyovest taking over the braai stand. To air every Wednesday at 6pm as from Sep. 8,” SABC1 said.

Cassper went on to share the announcement on his page.

Former host AKA has since served the SABC with letters of demand which have been circulating on social media.

The letters reveal that the reason behind AKA not being the presenter of the second season of The Braai Show With AKA was due to “unforeseen and unfortunate circumstances”, which led Cake Media to seek a new presenter.

The lawyers letters also disclose that AKA is the copyright owner of the show and attempted to resolve the issue with MakhuduCom and Cake Media who were the sole executive producers of The Braai Show.

In a joint statement shared with IOL, MakhuduCom and Cake Media said: “To this end, it is their mandate and prerogative to secure the most appropriate talent, evolve the show, secure funding and deliver a compelling product to audiences.

“Cassper Nyovest is the new host of The Braai Show and the executive producers believe audiences are going to enjoy what they have in store this time around.”

Read the letters in full below: 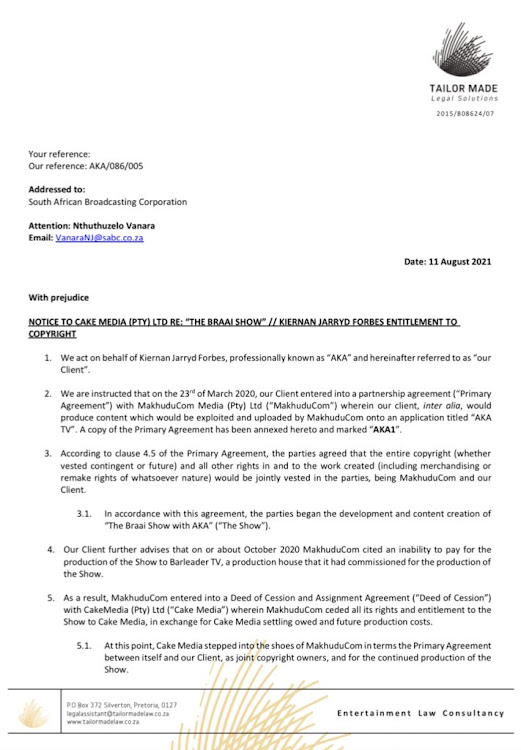 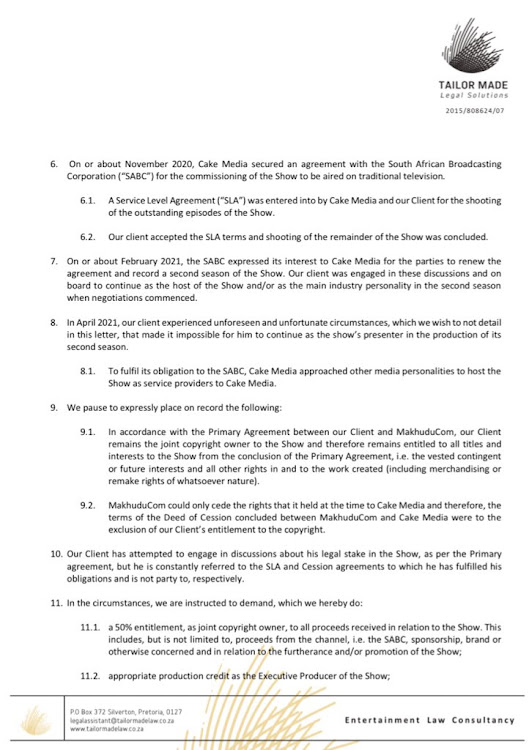 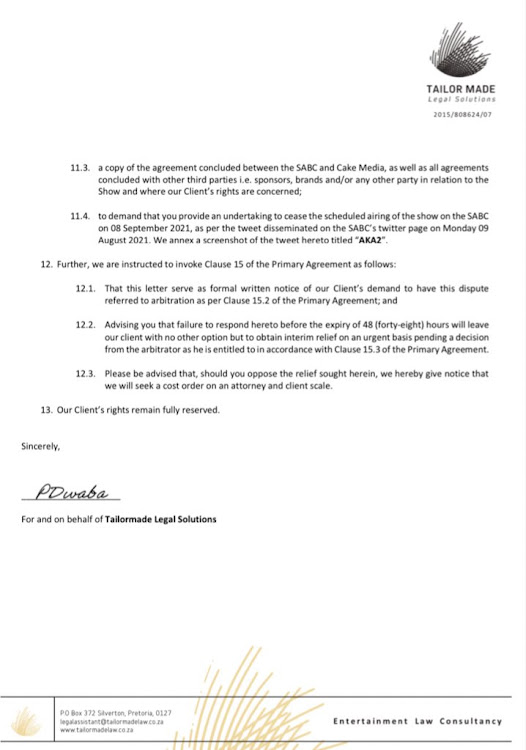 Many questions came up on the TL about how Cassper managed to come for AKA's gig.
TshisaLIVE
9 months ago

Say what? Cassper would turn down R1m to work with AKA

"I'd box him for a lil' bit more. Just so I could break his jaw"
TshisaLIVE
1 year ago