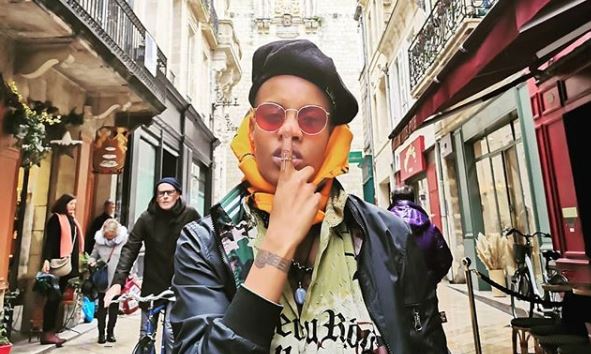 Toya Delazy has come for the government in her latest comments on politics.
Image: Instagram/Toya Delazy

Musician Toya Delazy has come for governments and how they treat people, saying people need to recognise that governments are the real oppressors in society.

Taking to Twitter to share more of her political views with her followers, the star expressed her feelings about the leadership in the current global climate.

From Covid-19 to global civil unrest across the globe, the star took to social media to shine some light on the world's governments.

Toya said the she believed that governments accept oppression and even normalise it in their constitutions. She highlighted the occasions where people have expressed that they've been left out of the process of transformation.

“You think we would have learnt from what happens when people feel left out of the transformational process. A trail of destruction follows — for the African to be truly free, mental slavery needs to end, but when governments constitutionalise oppression there is no chance,” she wrote.

You think we would have learnt from what happens when people feel left out of the transformational process.
A trail of destruction follows - For the African to be truly free, mental slavery needs to end, but when governments constitutionalise oppression there is no chance.

Later going on about the leaders on the continent, she wrote: “Its time to realise that the main oppressor as humanity is the government.”

Its time to realise that the main opp as humanity is the government.

Toya isn't afraid to be critical of the government and discuss political issues on the TL.

Just recently, she controversially called out governments for supposedly “forcing” people to be vaccinated.

She made her stance on vaccines clear and slammed the subtle manner in which “the powers that be” are allegedly treading on people's rights.

“This must be the first illness in world history where the majority unaffected by it are forced to comply as a minority or else lose the freedom to eat, dance, shout, travel, get educated or vote in society. You can't live, basically.”

“Vaccines are personal, you take it to protect yourself, not for others. I believe in freedom of choice first, not forcing them on young people or else strip away their livelihoods. This is a crime against humanity. We, the 99% that survive are locked up like criminals,” Toya said.

"Looking down on your relatives who speak your native tongue because you speak perfect English is stupid. It's like being proud of borrowed clothes."
TshisaLIVE
11 months ago

"I'm not sure why my existence triggers them so much. Because I'm a black queen woman? Beause I was born a royal?"
TshisaLIVE
1 year ago