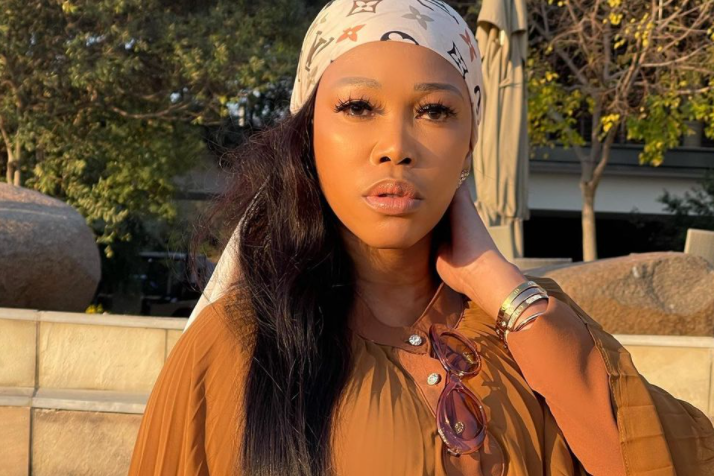 Sonia Mbele opened up recently about her failed attempts at finding love again after her divorce.

The actress, who was married to Leslie Sedibe for eight years before they split, shed light on whether she was looking to get married again in a recent interview on Podcast and Chill with Mac G.

“With my ex boyfriend, I used to say yes [I want to get married again] ... but now that he's no longer there I'm like meh,” she said.

Sonia said that because she is old school, if she were looking to get into a relationship, she would want her partner to be a gentleman.

She added that she had even tried to find love on Tinder for two weeks under a different name towards the end of 2020.

The DiepCity actress went on to set the record straight on her relationship with the late actor Menzi Ngubane, saying that they were strictly professional actors despite their on-screen romance on Generations.

“We never, not even once. To a point where [when] we said goodbye, we respected each other's spaces. I would not call him at home. There were boundaries that should never be crossed and we never crossed one single one, it was highly professional,” she said.

Watch her response below:

Sonia's divorce from Leslie left many itching to get answers about what went wrong in her marriage.

The actress revealed details while being interviewed by Phat Joe on Mzansi Magic's Cheeky Palate saying that she had healed from her past.

Sonia Mbele on Norma Gigaba: I had to stand on my own when all I wanted was someone to see me

Sonia Mbele on surviving Covid-19: My coping mechanism has been to escape

Sonia Mbele is all about choosing happiness.
TshisaLIVE
3 years ago