“The fact that a woman and the justice system is unable to prove in a court of law that she was violated, raped or beaten does not automatically mean she's lying.” 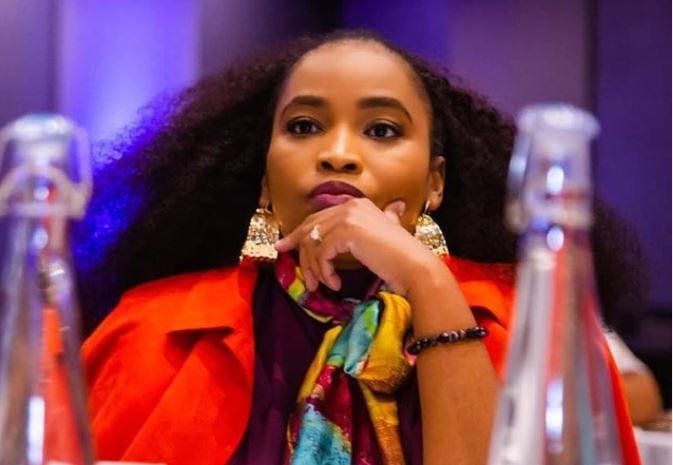 Actress and author Ayanda Borotho has asked people not to invalidate other people's experiences based on 'lack' of evidence.
Image: Instagram/Ayanda Borotho

Actress and activist Ayanda Borotho has asked people to apply logic before they invalidate the experiences of rape and gender-based violence victims just because lack of evidence of the crimes they've endured meant that the justice system failed to convict their perpetrators.

Ayanda was prompt to speak on the issue after it became topical on Twitter at the weekend.

“The fact that a woman and the justice system is unable to prove in a court of law that she was violated, raped or beaten does not automatically mean she's lying. It means there was not enough evidence.

“Please understand that. Insufficient evidence does not prove that it didn't happen,” she said in an Instagram post.

The actress explained that acts of GBV and rape often took place in private settings, which made it hard for there to be witnesses, who often help make a case stronger before the courts.

“People don't rape or violate in the presence of others. The chances of having witnesses, who are key to justice being served, are next to none ... Sperm dries out ... less evidence. Bruises fade ... We cannot be a nation that only accepts evidence of dead bodies. Let us stop invalidating people's experiences and pain just because we don't see the scars on their souls,” she wrote.

TV presenter Olwethu echoed Ayanda's words, saying she's angered by how the system is set up.

“The sad reality is that our law is not humanity and doesn’t serve justice, it is about power. Legalities are power. They have nothing to do with justice. Abusers use their power to cast doubt on victims until it is proved without reasonable doubt in most cases, death. I get so angry just thinking about this!”

Other women filled Ayanda's comment section with their opinions and how victims who speak out are often re-victimised for not having “proof” of the violations they've endured.

Ayanda's brand is aligned with advocating for women and she often speaks out against GBV perpetrators on her platforms. She recently added the title executive producer to her resume as she and her team tell the stories of  gender-based violence (GBV) and other female-related topics through the drama series Nqobile.

Listen to the podcast where the full conversation unfolds here:

LISTEN | Ayanda Borotho talks GBV, creating 'Nqobile' & having it all as woman

"This is purpose for me. If you see the things that I write and post about, then you understand that this is an extension of who I am and what I ...
TshisaLIVE
9 months ago

"We must not fall prey to these agendas of distraction, these narratives of distraction. Who does this help, in the bigger scheme of things?"
TshisaLIVE
11 months ago

Here's why Ayanda Borotho won’t be flattered by being called a 'strong woman' any more!

“Strength requires that we exercise it to prove to ourselves and others that it exists. Power ... well that’s a whole other ballgame."
TshisaLIVE
1 year ago

‘You strip people of their dignity and you breed a nation without a conscience. Our children are a reflection and extension of us’
TshisaLIVE
1 year ago