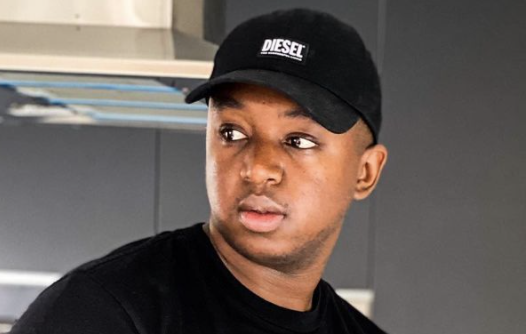 The star had amapiano fans up-in-arms over his Afro-house comments.
Image: Instagram/Shimza

The TL was left a bit chaotic over whose genre it is after Shimza claimed Dlala Thokzin’s hit Phuze (Remix) is an Afro-house music song.

The fight between the Afro-house, amapiano and gqom genres among fans rages on in Mzansi after DJ Shimza ignited debate among tweeps about Phuze (Remix).

Taking to Twitter, the star stirred the pot after sharing his thoughts on the popular track featuring Sir Trill, Zaba and Rascoe Kaos and the late Mpura. The Congo Congo hitmaker took to social media to claim the hit song as Afro-house music, Shimza’s forte.

“We claiming this song as Afro-house, let’s not argue!” wrote Shimza.

We claiming this song as Afrohouse, let’s not argue! ❤️ pic.twitter.com/iq6LOnXlcg

Shortly after the star pleaded with his followers not to fight, fans were in the reply section of the tweet — fighting.

Weighing in on the nuances between Afro-house, amapiano and gqom, many felt Shimza had no claims to choose which genre fits the song as Dlala Thokzin is a gqom artist featuring other gqom and amapiano artists, some of whom “belong” to multiple genres.

DJ Miss Pru also weighed in, saying the song may actually be in multiple categories.

“Gqom nation claimed it too, I guess it fits in every genre”

It somehow has the elemets of "banjuka" ya Vitoto. I understand why you'd say that

We don’t care which tribe or genre it’s from..we just wanna dance.That one leave it to the SAMAs board..

Oth this song Is a Gqom genre clearly he/she came yesterday in this music industry... pic.twitter.com/4EsXkjkVkC

Gqom nation claimed it too, I guess it fits in every genre 😅

SA’s music genres have been recognised and applauded by fans globally and have even made headlines on international platforms.

All Of This, an amapiano-inspired track, was released by Jorja Smith, a UK-based singer-songwriter. It also had tongues wagging recently. Jorja’s song, which features Ghanian DJ and producer Guilty Beatz, had fans debating its authenticity.

“Is it even an amapiano song if no South African is on it?” was question of the day when the song dropped and amapiano lovers and veterans across the nation analysed the song.

Many felt the song didn’t truly have that amapiano beat as no-one who has made waves from the genre featured nor were they consulted about the song.

Upset, Izolo hitmaker DJ Maphorisa believes amapiano is a community movement, and wasn’t pleased that none of the big amapiano cats had any involvement on the track.

“If you don’t involve us, it’s not amapiano. Then trust me you can’t eat alone on amapiano. It’s a community movement but we don’t mind sharing,” said DJ Maphorisa.

Shimza: It must be nice sitting and doing nothing while criticising others who are trying

Shimza isn't here for those who criticise another person's hustle.
TshisaLIVE
5 months ago

"Dj Tira is starting to disrespect us," said one user.
TshisaLIVE
5 months ago

"We end up having to create and play amapiano bootlegs and vocals so we can make sense," said Shimza.
TshisaLIVE
6 months ago