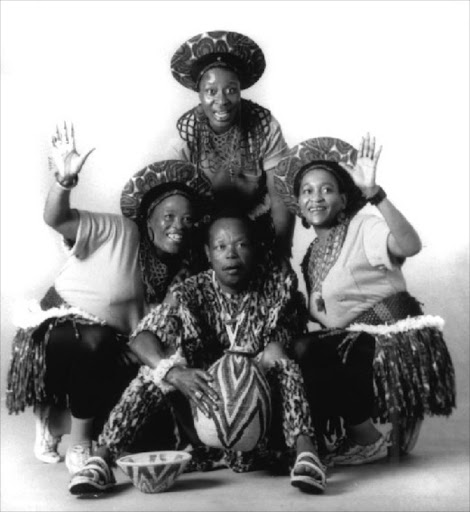 Heavy hearts have taken to social media to mourn the death of singer and The Mahotella Queens member Nobesuthu Mbadu.

The veteran singer died due to kidney failure at Thelle Mogoerane Regional Hospital in Vosloorus, Gauteng.

“Her family and colleagues are devastated and ask that you allow them the space and time to mourn this amazing queen peacefully and respectfully,” read part of the statement sent to TshisaLIVE.

Taking to social media, many of the musical sensation's long-time fans and a nostalgic Mzansi shared their heartache and grief at the loss to the entertainment industry.

Many were reminiscing over the good and bad times where The Mahotella Queens helped many a fan. Some were heartbroken at the supposed end of the iconic group.

Here are some of the reactions to her death below:

Sad to see Nobesuthu Mbadu, one of the original members of Mahotella Queens has passed. Mahlathini & the Mahotella Queens is such a big part of the soundtrack of my life 🙏🙏 #RIPNobesuthuMbadu https://t.co/nTtRqqSrKt

Rest in power #Nobesuthu #Mbadu; one #Mbaqanga chord has gone silent. Today there is more #music and #dance in heaven. A music faculty has closed its doors. 🤗 @MahotellaQueens

Rest in peace to Chesterville’s decorated daughter Mme Nobesuthu Mbadu of the world-acclaimed Mahotella Queens. We are saddened by her passing as the Chesterville Foundation and we extend our deepest condolences to her family and entire mbaqanga fraternity. pic.twitter.com/G0WYnVi2Ys

The Mahotella Queens were known for their distinctive vocal harmonies, guitar-led mbaqanga music, and vibrant, fast dancing. Initially created as a group of  backup singers for deep-voiced vocalist Simon “Mahlathini” Nkabinde, the group went on to have many hit records.

After disputes and fallouts, in 1987 the Queens line-up was reassembled with three of its original singers — Hilda Tloubatla, Nobesuthu Mbadu and Mildred Mangxola — returning to the group.

They released hit songs like Gazette (Kazet), Melodi Ya Lla, Uyavutha Umlilo and many more.

The band has continued to perform and record in the 21st century.

Nobesuthu stopped working in 2017 when her health started deteriorating.

She has been doing it for 50 years - and she is going to keep on doing it until "amadolo angasavumi" (my knees give in). On Friday night, Mahotella ...
Lifestyle
7 years ago

She has met Ray Charles and Stevie Wonder - but exactly when that was, Hilda Tloubatla is hard-pressed to recall. Hardly surprising, when you ...
Lifestyle
7 years ago