WATCH | Kudzai Mushonga says Khanyi left because he ‘neglected’ her, admits they ‘argued’ 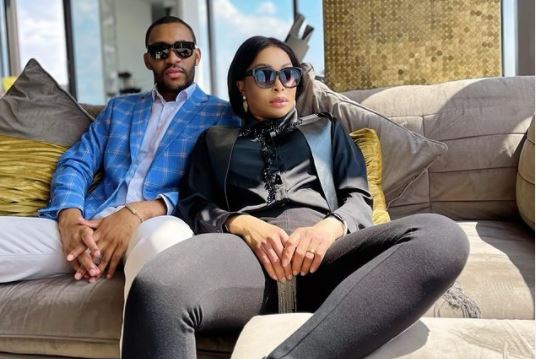 Kudzai Mushonga has given his version of what allegedly happened between himself and Khanyi Mbau before she returned to SA.

Kudzai took to Instagram live on Thursday to detail his side of the story, saying while they traveled to Dubai for work, they also wanted alone time, but he ended up working a lot.

He said after a business breakthrough, he played music which woke up a sleeping Khanyi and they argued.

"I was on the phone for four hours and she could not sleep because I was on the phone. Soon after that she asked me to switch off my phone because it was 'we time' from there. Mrs K doesn't like being woken up and that's just the person she is. She's a light sleeper," he said.

Kudzai revealed that Khanyi warned him that she would go back home but convinced her to stay.

"We got into an argument and babe is like 'you don't love me' and it's heated. I looked into her eyes and walked away and I'm learning now you should never walk away."

TshisaLIVE reached out to Khanyi for comment but she did not respond at the time of publishing this article.

Since landing in SA, Khanyi has remained mum about her relationship with Kudzai, but issued an apology to her fans, friends and family members who were concerned about her wellbeing.

Concerns were raised after she left Dubai and many did not know her whereabouts.

“I am home safe and sound. I am sorry to have worried and stressed the country, my fans, friends, relatives and family. Thank you for all your prayers, support and search parties, and all my friends who pulled major strings to locate me. Thank you,” she wrote.

Khanyi and Kudzai's relationship hogged headlines for controversy at the very beginning of their love...
TshisaLIVE
11 months ago

Kudzai Mushonga made Khanyi trend after he took to IG to say she has gone missing, but Khanyi responded to TshisaLIVE saying she's "well and alive".
TshisaLIVE
11 months ago