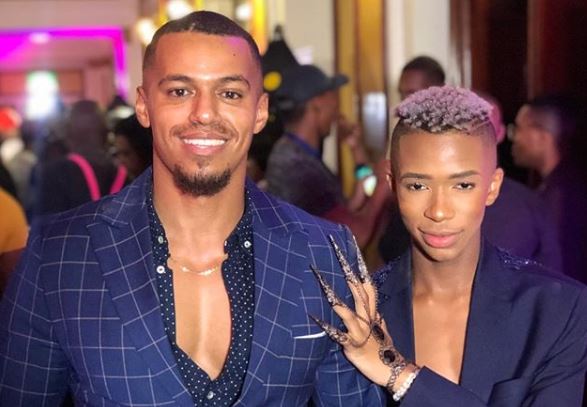 Lasizwe says he won't mix business and pleasure again when it comes to his friendship with Cedric Fourie.
Image: Instagram/ Cedric Fourie

Reality TV star Lasizwe says he won’t work with Cedric Fourie, reasoning that there are some lines he wouldn’t cross in their friendship.

Opening up on his YouTube show Drink or Tell The Truth with guest Norma Mngoma, the star spoke about his relationship with Cedric.

Norma had burning questions about who he would never work with again.

“From the people you have worked with in the industry, who is that one person you never wish to work with again and why?” asked Norma.

The star said he would not mix business and pleasure.

Though it’s not clear whether Cedric and Lasizwe were in relationship, Cedric has been an ardent supporter of the LGBTQI+ community.

In 2018, the pair, who said they are just friends, shared snaps of each other on social media.

Cedric’s Instagram post was flooded with comments about how “sad” it was that he was gay and how it was a “waste” of a good man.

After three days of watching the reactions to the snap, Cedric took to Twitter to share how the experience had taught him a lot.

He also clapped back at those calling him a waste, telling them they never stood a chance anyway.

“Gay men are being called ‘waste’ by some bitter women who’ve just realised they’ll never have them. As if they’d have them if they were not gay.”

He said despite the backlash he would not change nor stop supporting the LGBTQI+ community.

“I will never stop being an ally to the LGBTQI+ community ninyile,” he said.

Maybe love is in store for Lasizwe's future...
TshisaLIVE
11 months ago

"I should've listened to my mother, but anyway, that's love," Kudzai said on his IG .
TshisaLIVE
11 months ago

“This breaks my heart, not only because you are my brother but how a good gesture could turn so bad and we forget the intention behind Lasizwe ...
TshisaLIVE
11 months ago