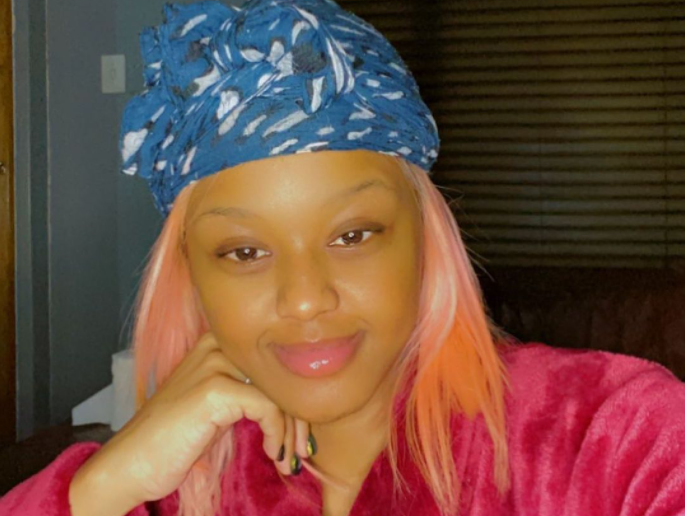 Babes Wodumo's manager has set out to clarify the gqom artist's viral video where it seemed as if she was being arrested, explaining that it was part of a music video shoot.

After a video of Babes Wodumo seemingly being arrested breaking the internet on Monday, the West Ink record label publicist, Sibusiso Ncube, told TshisaLIVE that the incident was part of a music video.

“She said that she was shooting a music video, that's what she told me ... They've been shooting videos weekly ... it was there and somewhere else again, she's fine ... They were shooting Intombi Yesgebengu the other day, we had some cops again so people must guess which one it is,” he said.

Is that Babes Wodumo 🤔 why is she screaming for help 🤷‍♂️ pic.twitter.com/s9qoPygPRZ

Tweeps took to the Twitter timeline weighing in on the incident.

Maybe she just had too much alcohol...trying to get more info...

Is she going bad?

Babes, who tied the knot with gqom star Mampintsha earlier this year, has had some of the most controversial headlines surrounding her life and relationship.

The Wololo hitmaker gave her fans a glimpse of her private life on her reality show on Showmax titled Uthando Lodumo and fans have been weighing in on her lifestyle.

“Babes and Mampintsha’s relationship has not been a fairytale romance. They’ve had serious issues as a couple, yet have chosen to remain together. The show focuses on how they have overcome their challenges, working through them with their families,” Nomsa Philiso, MultiChoice channel director of local entertainment, told TshisaLIVE of their choice in broadcasting the show.

"I got married, then I had a child so don't compare yourselves with me," Babes said, leaving fans up in arms over her comments on baby mamas.
TshisaLIVE
9 months ago

Babes & Mampintsha open up about parenthood and marriage bliss

"I'm a mom, it's quite an experience and I'm very thankful to God for everything happening in my life," said new mom Babes.
TshisaLIVE
10 months ago